About the lack of Updates

It's been a while since my last mod update and even though I have quite a list of (released and unreleased) mods that require my attention, I just can't find the time or motivation to do anything.

At the beginning of June I finally switched to Windows 10 and I hate it so much. I have been moving files around last weekend and in 48 hours my file explorer crashed 5 times. It crashed once in Windows 7 in about a year.
One of my games I often have running in the background freezes several times a day, requiring me to kill it in the task manager.
Windows defender did protect my Oblivion.ini, making the game hang on exit and my HUDless screenshot mod not work until I declared the ini an exception.
I had to remove Candy Crush and some dumb farming game that came with Windows 10, what even.
I'm not one to scream murder about the latest Edge update, but I can't say I am amused about having to confirm, yet again, that yes, I don't want to use fucking Edge.

I just have no motivation to do anything at all anymore. It's been almost two months and I haven't even installed a PDF viewer yet. Setting up my whole Oblivion modding environment seems just so much work.

It all annoyed me so much that I am currently looking into Linux. My PC isn't the best anymore and I might upgrade next year and until then I want to decide what my main OS should be. Let's just say, at the moment it isn't looking good for Windows, lol. Almost all my games have excellent ratings at protondb or are native even. I've spent the last two weeks fiddling with the looks of my desktop, getting my controller to work and just generally asking holes into a person on discord about trying to figure out how it all works.

I've been nervously avoiding setting up Oblivion so far. I am planning a setup of 2 or 3 installs with different wine prefixes, if it works - vanilla, modded and Nehrim. It's pretty far up the list of things I have to get running on linux though, slightly above "Photoshop in a virtual machine", so hopefully I can get to it soon.

Another thing that has ruined my motivation quite a lot is that I had to say farewell to my little Kirstie. 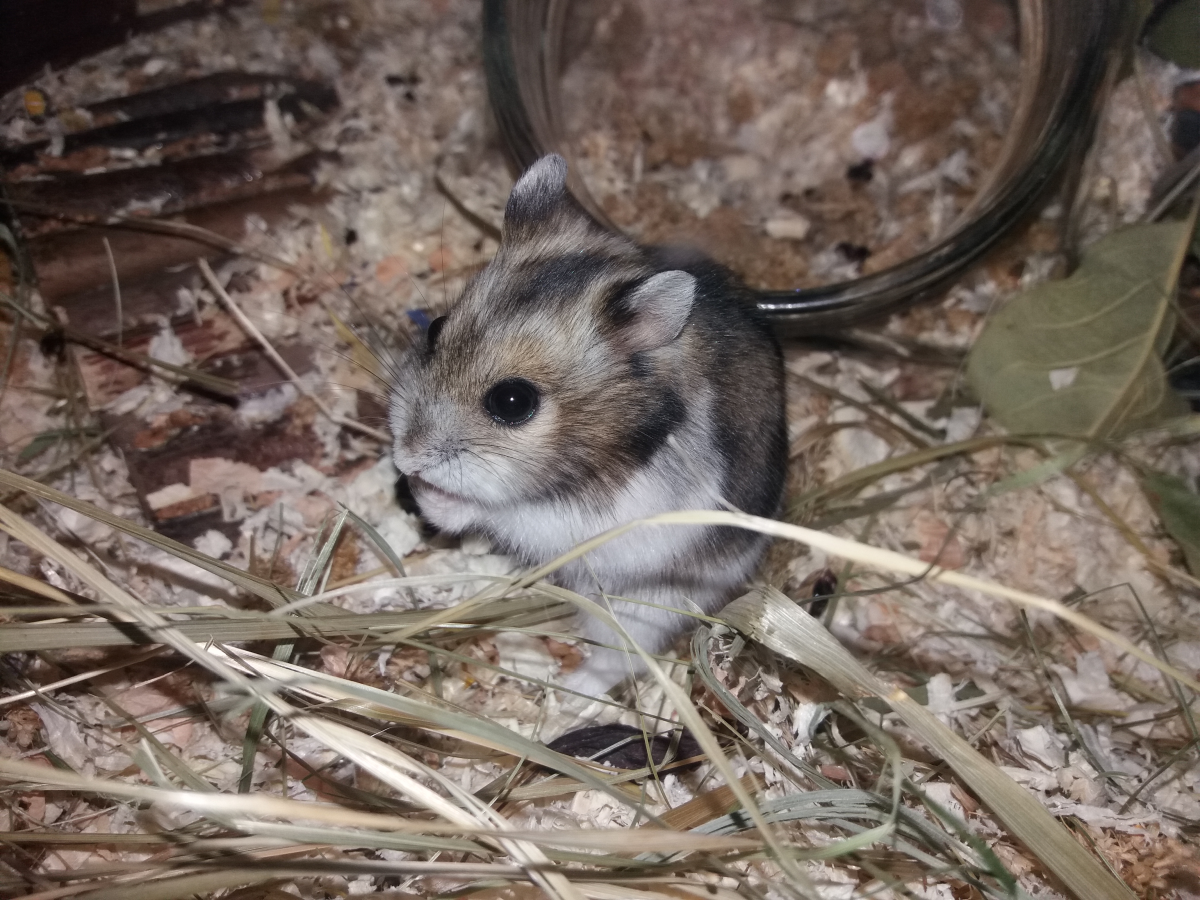 I know for some people it's probably "just a hamster", but this little lady has been with me for almost 3 years and she was just the prettiest and best hamster ever. She was so small and so friendly and my first winter white that actually turned white and she loved dandelion and pineseeds so much. I still try to put aside a leaf of my salad, and then remember I don't need to anymore.

I just have to sort through some things and set up an environment in which I enjoy working again before I pick up the (way too many) loose ends on some of my mods. As far as I am aware, there is nothing gamebreaking going on anywhere, just cosmetics, so that shouldn't be too bad.