Melisande - Torn between Chaos and Order 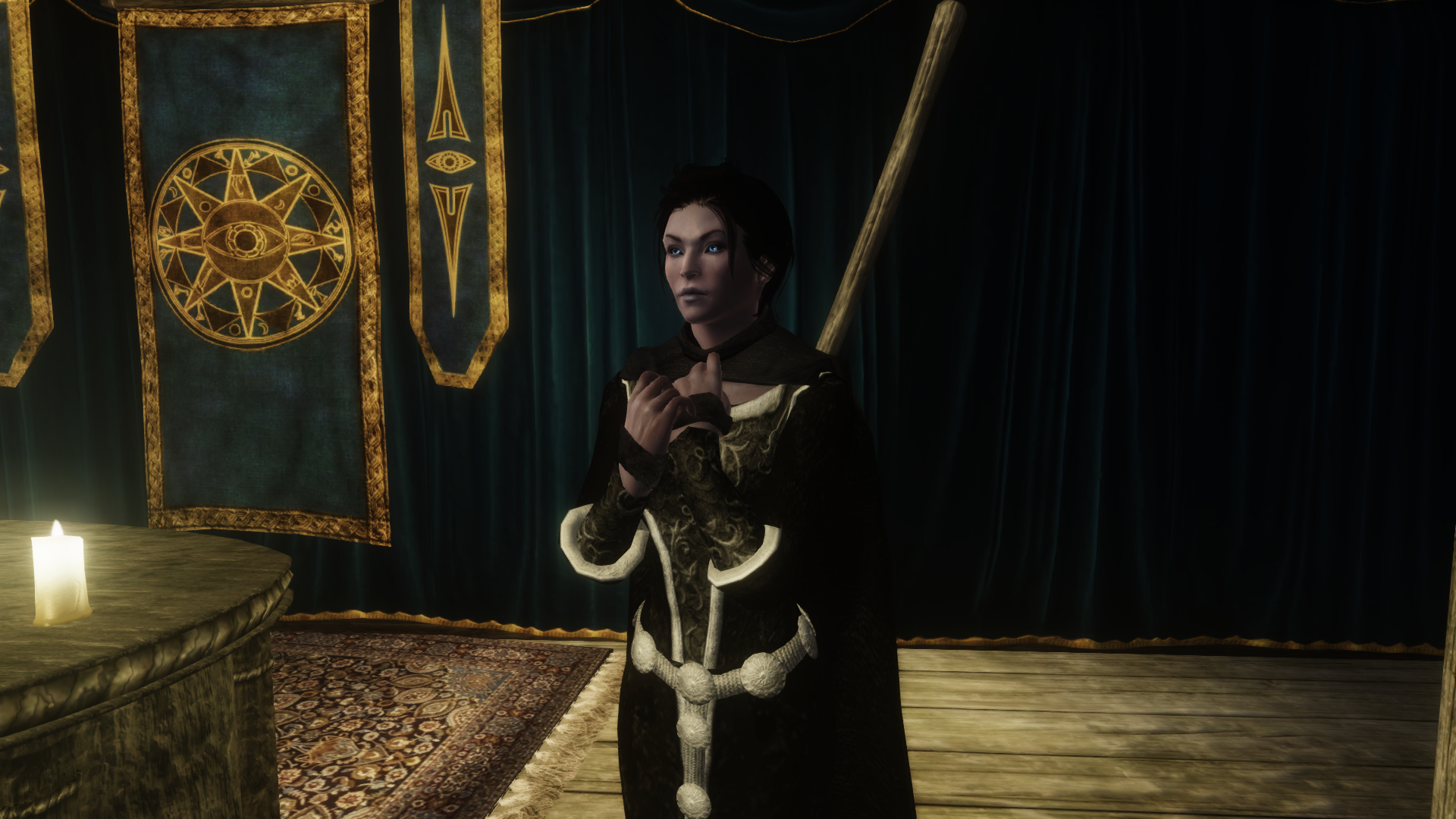 3 Facts:
Has some trouble adjusting to having emotions and being mortal all of a sudden
Keeps every quality gemstone she finds and sorts them by color
Wouldn't admit it, but she misses the isles

Melisande used to serve Lord Sheogorath as most of her kind do. Unlike others, though, she developed a sense for order, a longing even. Books by names, cutlery by size, fabric by color, she had this urge to sort anything and everything she came across. Naturally, this didn't stay unnoticed for long, and after a few warnings she was brought to trial.
Instead of killing her and sending her soul back into aetherius, her Lord banished her to Mundus, with only some clothes on her back, her body now almost as weak as that of a mere mortal. In Cyrodiil she found a freedom she never knew before. She can spend all day collecting rainbow colored gemstones, studying plants or exploring this strange, yet beautiful world. The senses of her mortal body pick up impressions much more vivid than she ever knew. Tastes, smells, sights and sounds can be overwhelming. She never knew food could taste like laughter and magic came in such bright colors. Her Mazken soul however is not as quick to adapt. The strongest feelings known to Men and Mer are foreign to her: Love, lust, terror and hate are nothing more than concepts she might - or might not - learn to understand some day.

While she first joined the Mages Guild in hope of finding a way back home, she quickly stopped searching for one and instead started studying the arcane arts, enjoying Alchemy the most. She isn't loyal to one faction or the other - she would take almost any quest, be it for the reward or out of sheer boredom or curiosity. She has a hard time differentiating between good and evil. She would be equally quick to kill some rampaging bears as she would dispose of a petty human thief.

Even though she is slowly starting to like some mortals, it is hard for her to really sympathize with them. Especially the concept of "death" is something that's hard for her to grasp, even now when she can't be sure her own death wouldn't be permanent. One thing she doesn't like and will not let go unpunished is the murder of innocents - probably some leftover from her years as a guard in New Sheoth. What counts as innocent for her, though... that's another question.

One of the most curious things of Mundus were beasts that were not constantly trying to kill everyone. Be it cats or dogs, chicken or cattle or even horses. One of those beasts, a strange, red, furry creature with black and white marks, has been following her ever since she gave it food. She's grown quite fond of its company.

Even though he banned her, Sheogorath still is her one and only deity and she would do anything to serve him. It seems like her Lord has forgotten her, though, and she is not exactly trying to get his attention back. 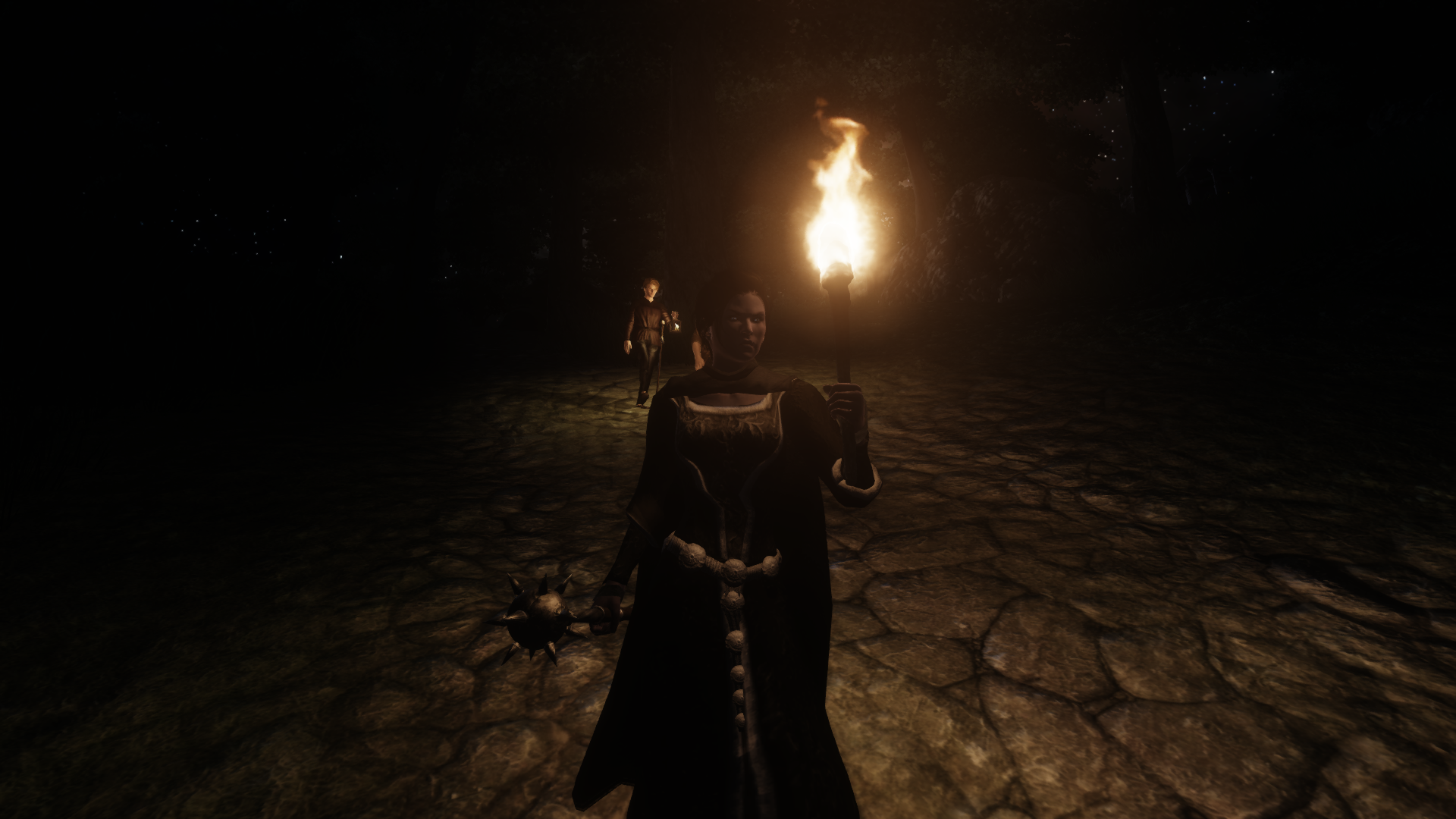