I keep getting distracted: An Oblivion modding story

It's been a while since my last posts and I'm a bit ashamed to admit I just keep. getting. distracted.
I still have a bunch of almost finished mods waiting for polish, as well as a bunch of ideas.
But for every mod I finish, I get 2 new ideas.
For every bug I fix, I find 3 new bugs.
For every character I start, I get another new character idea.
And then I bought a Nintendo 3ds because I wasn't distracted enough already. 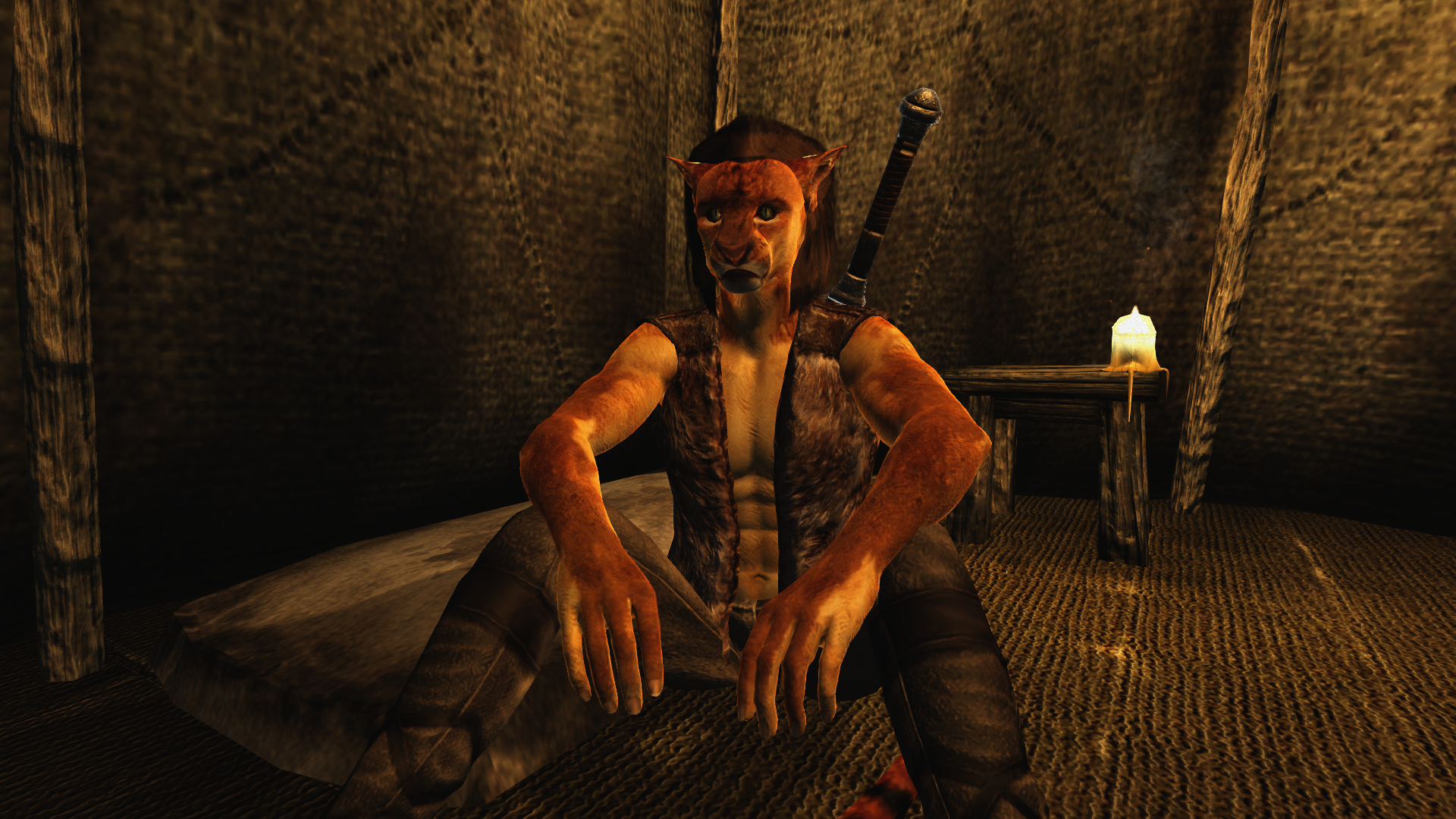 Born into slavery in Morrowind many years ago, his latest masters, the crew of a shady merchant vessel, sold him to the Imperial City arena for some quick cash to pay their tabs. Equipped with nothing but a the shackles that show his status a tattered pair of pants and a rusty sword, he was treated rather as a beast than as a contender. To Owyns surprise he won the first round and the second and the third. Where an ordinary Pit Dog would have gotten merely an advancement in rank, J'irashi got something far better: His freedom.

He used his pitiful payout to buy a simple tent and left the Imperial City. As much as he hated the Dunmer for what they did to him, Morrowind had been all he'd known all his life and after months on sea he missed it. Therefore his first goal was Cheydinhal, where he joined the Fighters Guild. He had to deliver some weapons to a mine and help clear it out of goblins - no big deal. He did as he was instructed, killed off the last of the green skinned menace, bid goodbye to the other three members of the guild and returned to Cheydinhal. Upon his return he was informed and scolded that there had been casualties, and a part of the reward was withheld. The thing is, when he had left, the other three had been fine, so one or two of them must have turned on the other and decided to put the blame on him. He knew his defense wouldn't have a leg to stand on, so he took his partial reward and left the guild for good.

Next, he got pulled into a struggle between corruption and self justice, when the head of the Cheydinhal guards was found to be pocketing money he all but stole from the citizens. The death of an innocent - no matter how little J'irashi cared for that Dunmer - was necessary to make the people that knew it all along act and whatever little confidence in the imperial guards the Khajiit might have had, he lost it.

Finally, he tried joining the Mages Guild. He was tasked to retrieve a ring of Burden, and as we all know, this didn't go too "well". J'irashi was not very amused and Deetsan is the only reason he did not turn his back on the Mages Guild immediately. However, he decided he needed a break from people in general, took down his tent and went into the Jerall mountains, to clear his head and figure out what he wants from his new life.