Getting started with modding Oblivion

So I finally switched to Windows 10. This means I had to reinstall Oblivion. I was thinking about typing up a step by step guide on how to set up modded game, since well, I had to start over, but then I realized there is just so much to talk about. And no one ever reads shit.

So I recorded a video instead.

I know the sound quality isn't that great. Not only was this my first video ever where I recorded my voice (which I hate, like any reasonable human being), but it was also on a freshly hatched system where I just had factory settings for everything, including recording software. I also figured cutting would be too hard, so I recorded it in one sitting because that would be easier. Boy was I wrong.

I'll just drop those here with a short description.

Getting started with modding Oblivion - Tutorial 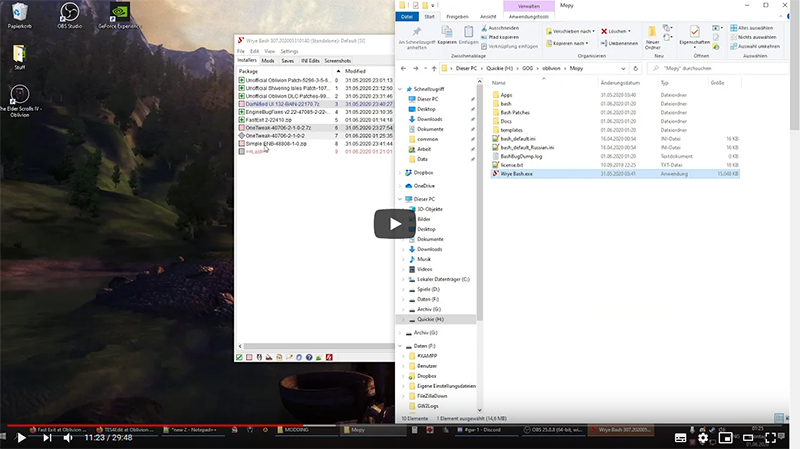 Steam is similar, but you don't launch through Wrye Bash. You need to launch the game normally through Steam and OBSE will be loaded if installed. It is recommended to not have your game installed in the default Programs directory of windows.

Also forgot to mention, if you want ENB settings to stick, you have to click on Save Configuration at the top of the ENB window (or just edit your enbseries.ini directly). Actually, there are probably a ton of more things that could be mentioned, but the video is already way longer than I had planned.

I had some failed attempts at recording and had to start over, that's why Wrye Bash said there was a previous version installed and asked to back up the settings. That will not happen if you install it for the first time. That's also why the UOP didn't ask for permission to install its dlls, I already had given that. 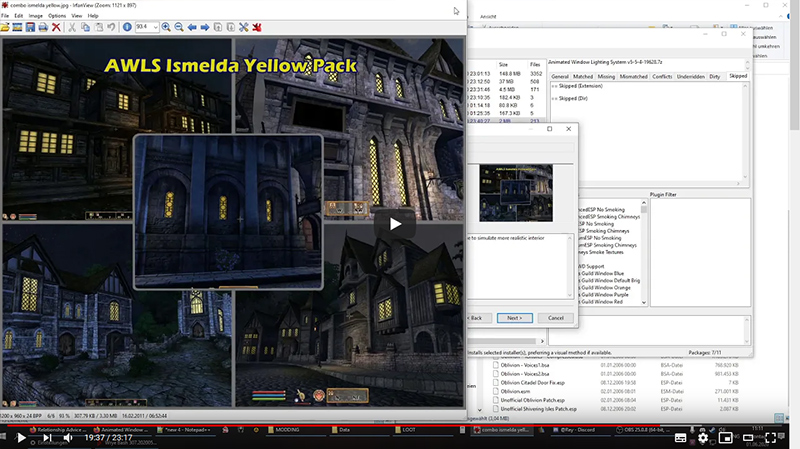 I finally managed to get windows to shup up! Yay!

The mods I picked for that were pretty random, I just wanted to show how to handle them.