So, I've finally decided to throw this one out there. I could probably have spent another few months occasionally adding another feature, but I probably shouldn't. I was pretty hyped that I managed to pull all the decoration switches off with simple functions, allowing to expand them as I want - until I realized I still had to make all the textures and oh boy, I hate making textures. It's basically spending a few hours throwing random stuff at Photoshop until something sticks. Sometimes it throws them back. 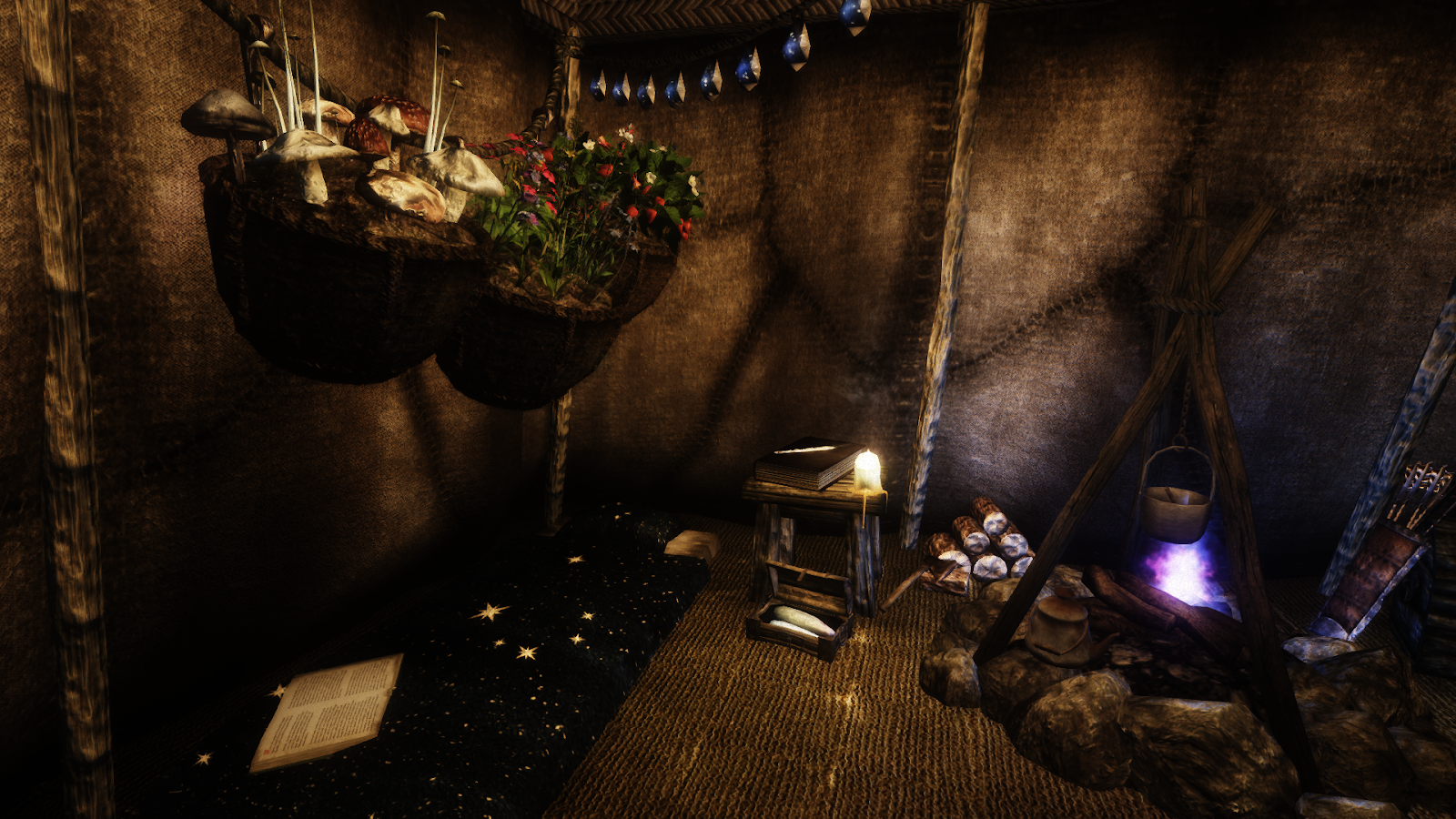 This one was sticky

It all started with me using Khettienna's Simple Portable Tent and just adding a bit decoration here and there, hey, I wanted to keep this space empty for MOO crafting things, but what if I put in a second bed should I ever use a companion, or what if I want to use neither, I could just put in a tanning rack, but what if the char is more of a scholar instead of a hunter, I could put in... and suddenly, a few months later, the tent has over a dozen colors, over 20 lights and a bunch of themes.

There are a few things left I'd love to address one day, but at the moment, I don't have the time and I didn't want to sit on it for another few months. I'd love to fix the weather, because it changes when you enter/exit the tent. Probably because it's not a real door (even if I made it look like one :D) and the game does not know which worldspace/weather it should connect it to. I tried saving the current weather and resetting it on exit, but reset it too soon and it changes afterwards, reset it too late and you can see the change, both of which sucks.
Some people mentioned that having a fire inside a tent is a bad idea, and while science probably agrees, it's a magic world, I can just eat 7 raw Boar Meat to recover from a deadly wound and carry 19 plate armors in my pockets, so whatever. I'd love to change the mesh of the tent a bit, to have some opening in the ceiling that perhaps even opens when I turn on the fire, but again, that's a bit outside of what I can even attempt to do right now. Perhaps one day this will be my first attempt at animated meshes - or, more likely, my first failed attempt at animated meshes and I'll do 2 normal meshes with disable/enable :p
But the old, Oblivion-approved Blender version doesn't play nicely with my new GPU, and for such a small project as editing a static, it's just not worth it figuring out how to move it between current and old Blender version.
Also I'm still busy catching and breeding Pokémon.

Anyway, back to the mod description. The long version can be found on the nexus, here the short version: 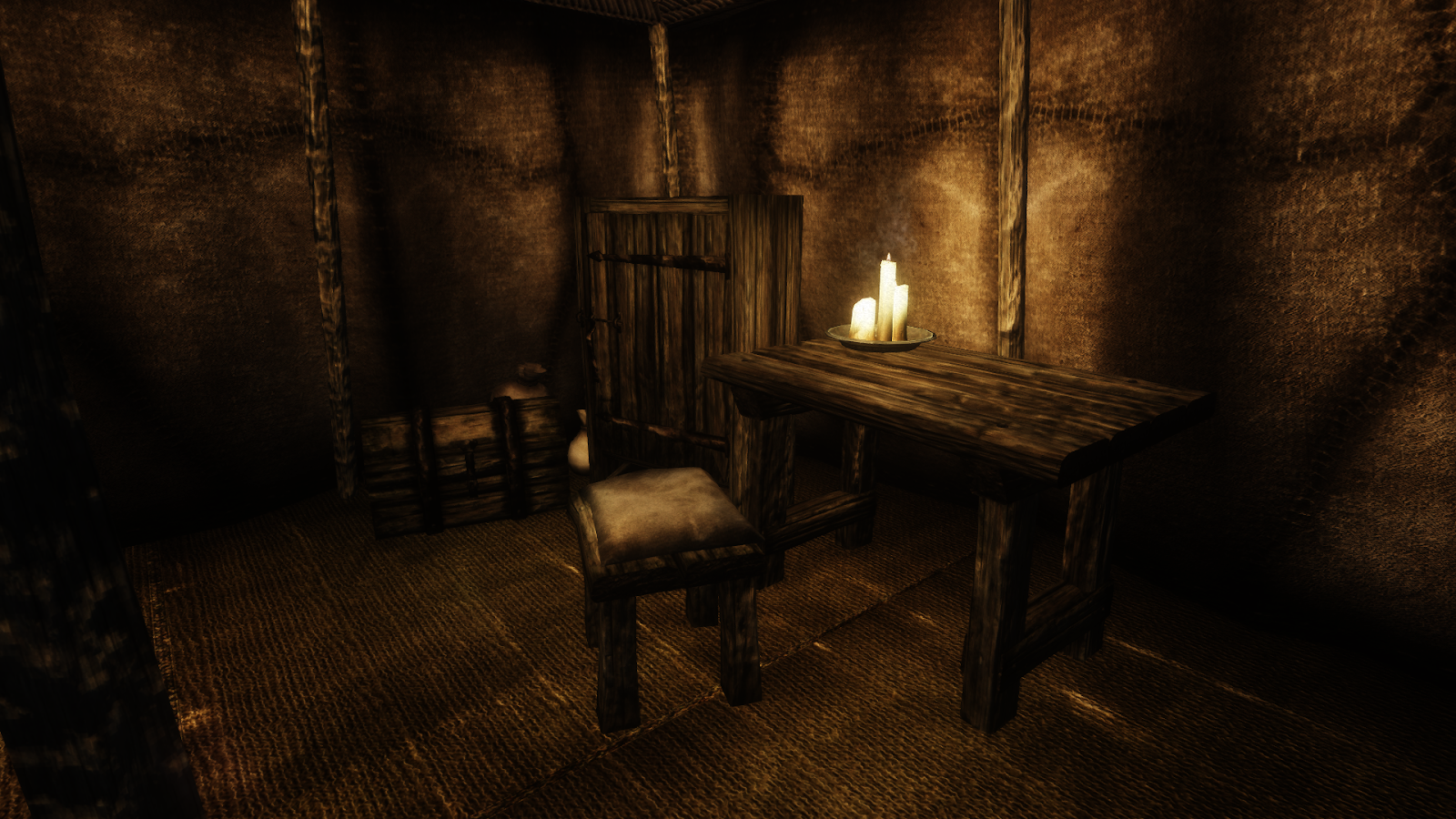 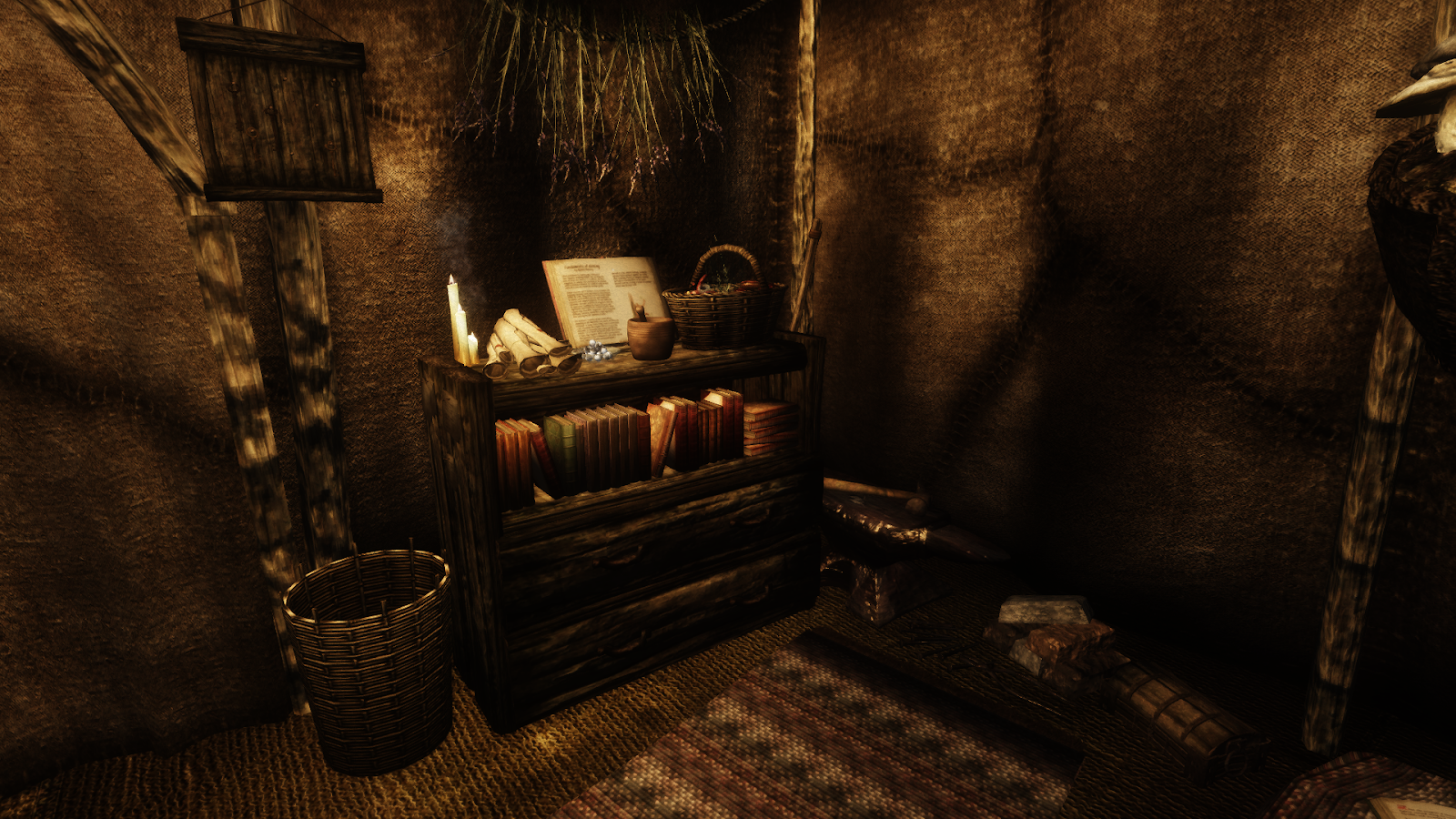 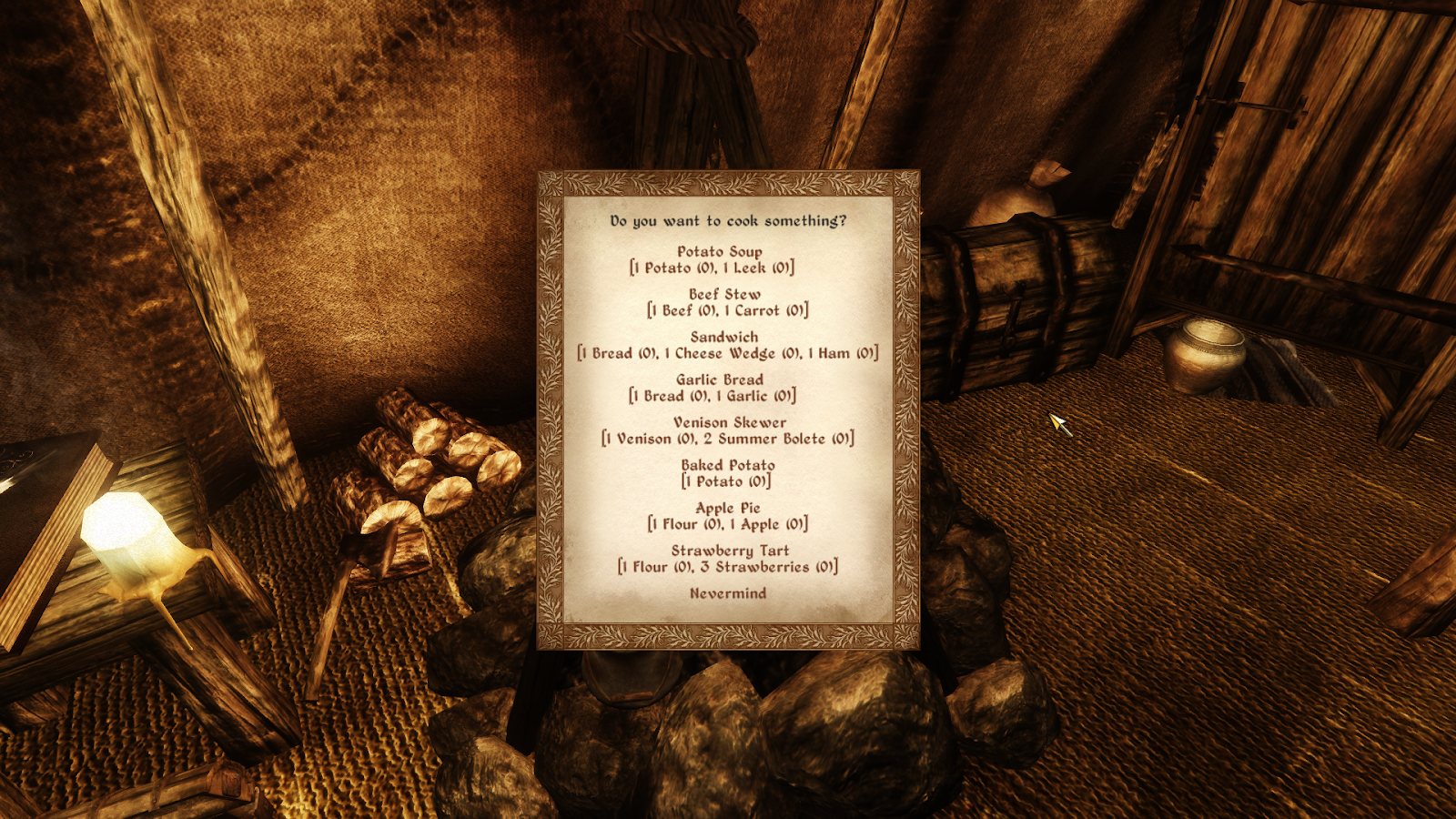 The base tent for 350g only includes one bedroll, a few simple containers, a table and a chair. A fully upgraded tent will cost 6000g. It can be upgraded with all kinds of conveniences, like assorted, themed containers, an Alchemy station, a book for Spellmaking and Enchanting, an Anvil to repair gear at master level, a campfire for cooking, some respawning food and plants and different color and decoration options. 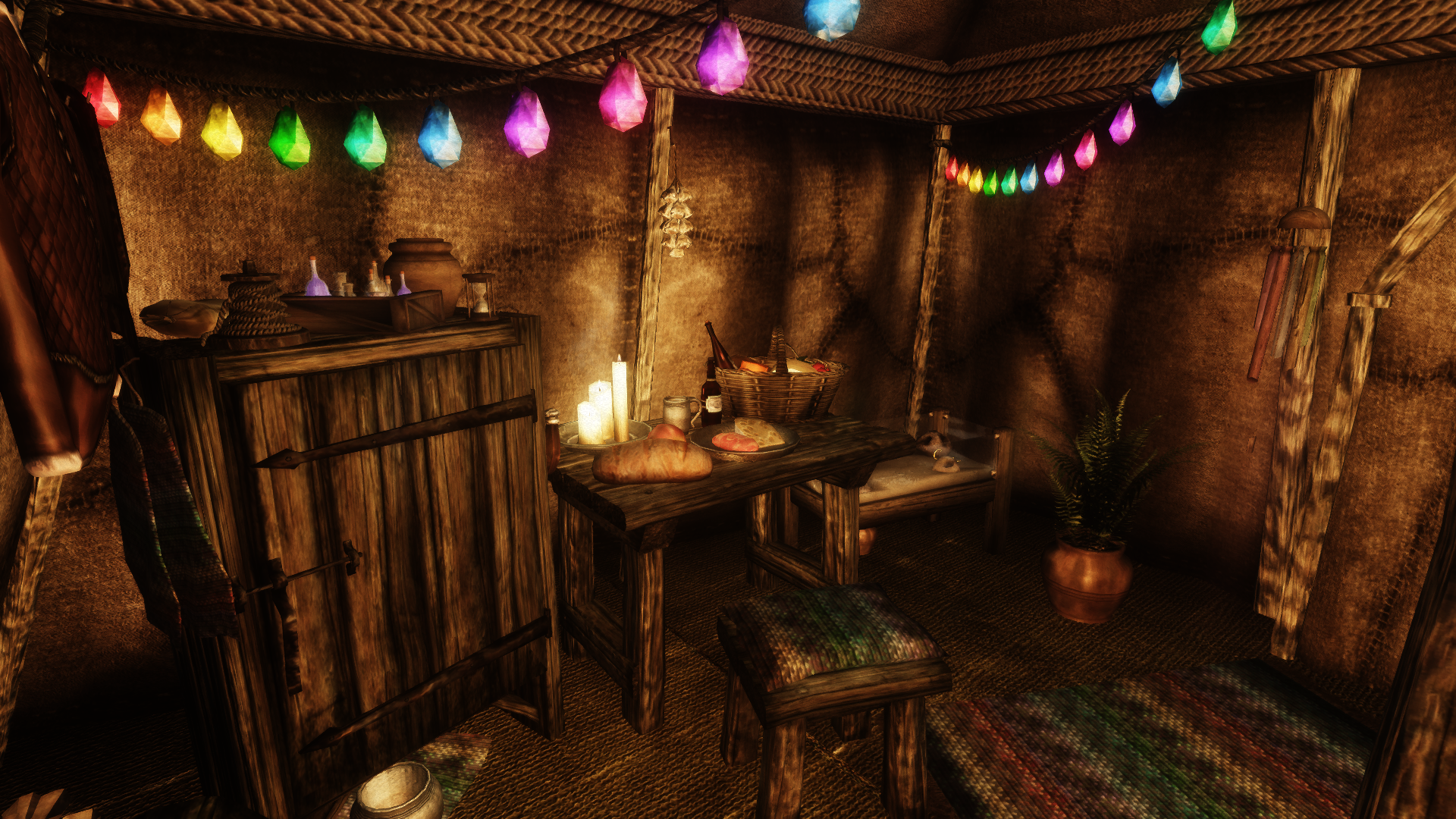 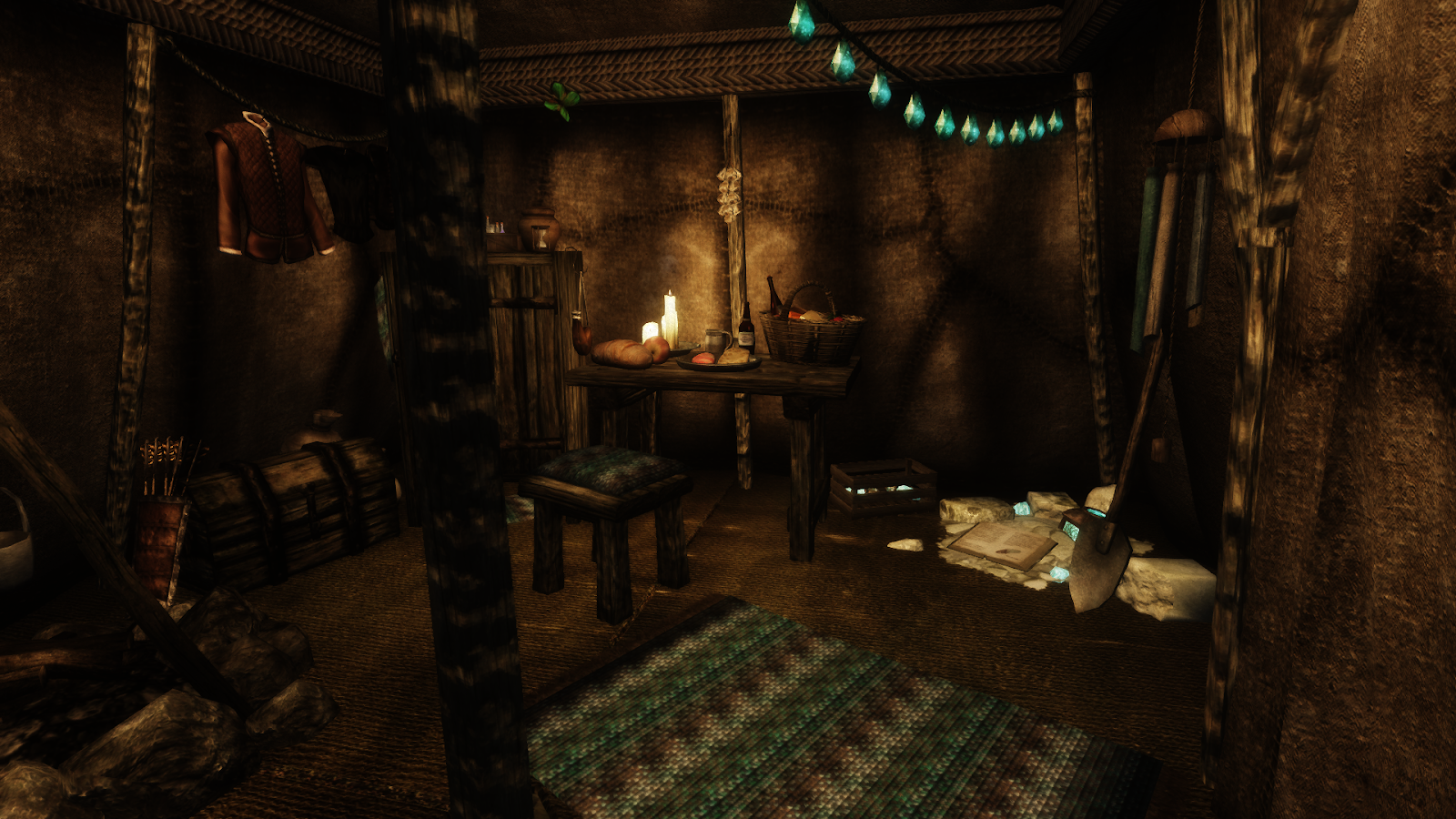 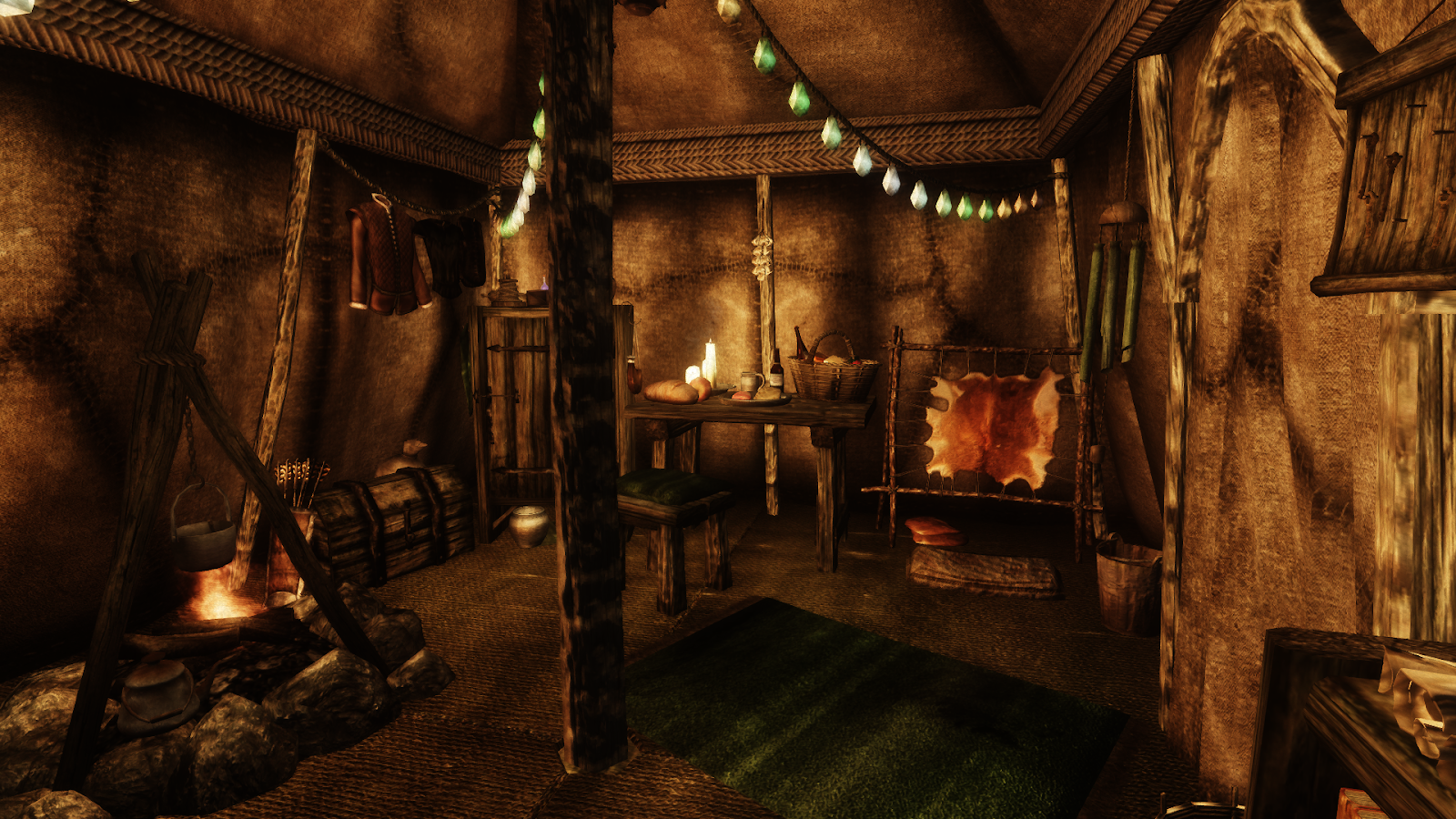 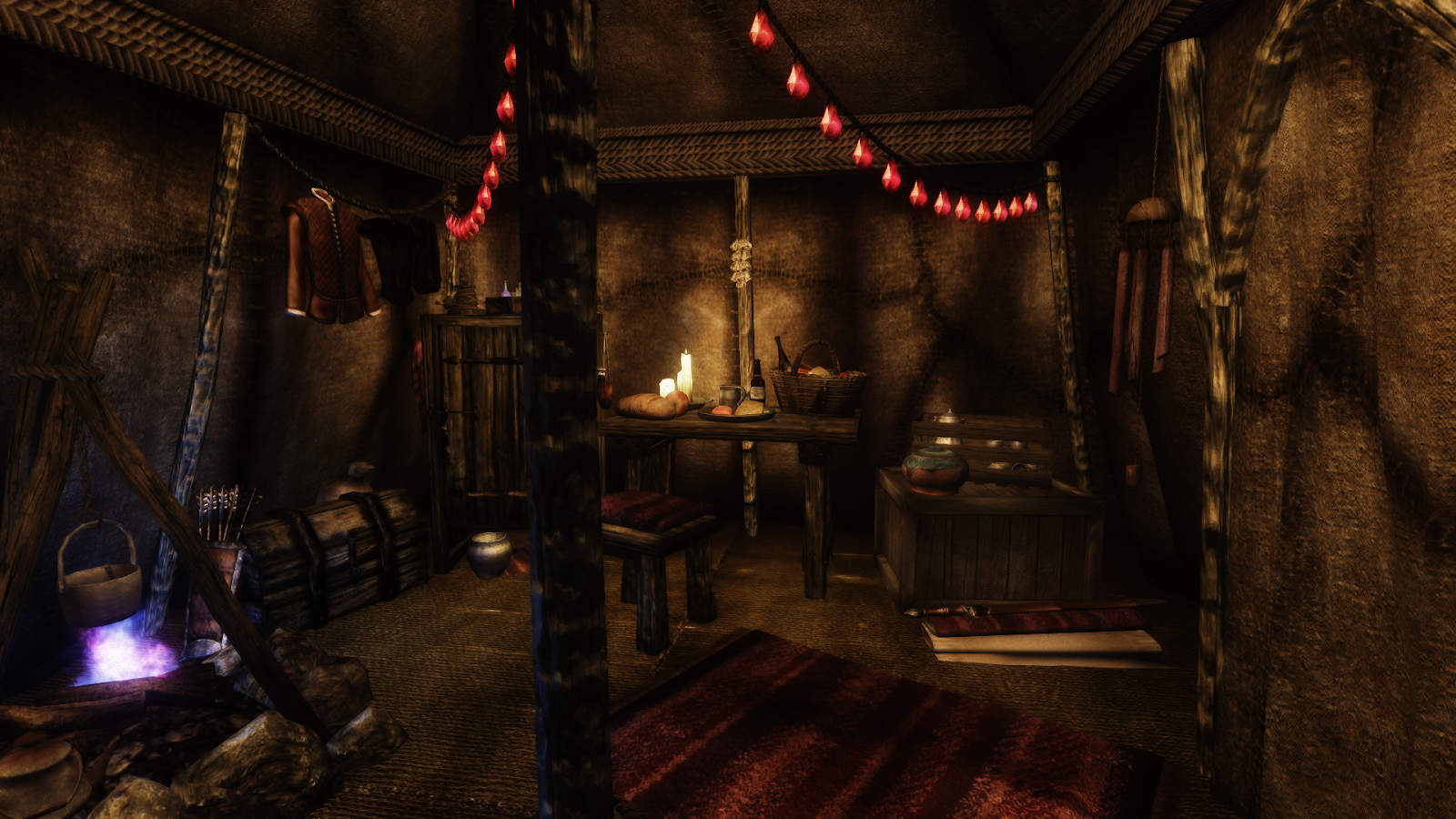 The campfire has an optional patch to turn it purple/blue, so it's convincing in its act as magic fire (yknow, that won't suffocate you), and there is also a patch for COBL users that adds the Luggage, a Grinder and an Alchemy Sorter. No patch is needed for MOO and Basic Primary Needs; MOO should recognize the campfire as fire for cooking and both should recognize the water bag as a water source.