For a while I thought about occasionally posting about things not strictly Oblivion related. I could make a separate site for that, but that takes time, and effort, and a different domain, and just doesn't seem like it's worth it. It's still all game related, though, and it's not like I am forcing anyone to read it.

I have kind of a weird history with Baldur's Gate. I saw this game (or one of the others in this engine) when I visited a friend, I don't even know when, probably around 2000. I asked for the game's name, but of course my shitty memory forgot as soon as I left his house.
It took me forever to find it again - and when I did, I had trouble running it. Buying it again years later on GOG was the best thing ever, because it finally worked. At some point I found out about mods, and the thought of merging all parts together into one super long and epic game was exciting.
But the problem with super long and epic games and my attention span: To this day, I never finished the games fully. It's firmly on my "I love this, I'll get around to it" list and has been for probably 10 years. 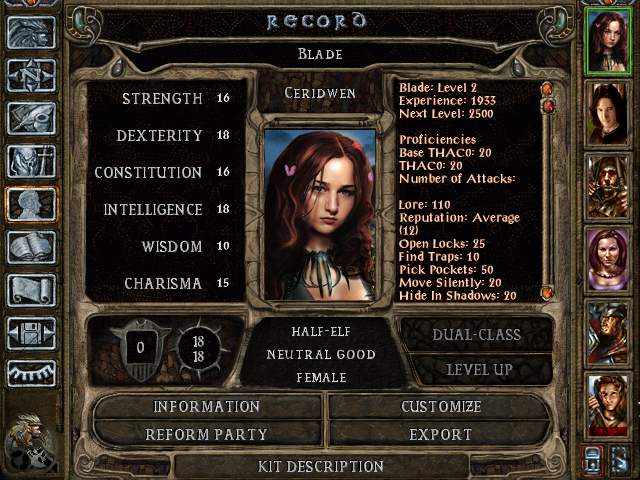 My character from back in the day, recreated in GemRB

With my move to Linux I started going through all my games again. I wanted to see how many games work, and I was pleasantly surprised by the result. For Baldur's Gate & co, this of course meant the enhanced editions - or so I thought.

Which leads me to the topic of this post: GemRB. I was browsing Linux related subreddits when I came across a release post for 0.8.8. To say I was excited was an understatement. Just an AppImage, drop it in a game folder and it works? Wooohooo!

While I was waiting for the announced 0.9.0, totally not camping their GitHub page (and after the release waiting for a solution for a graphical bug with the Linux AppImage version of 0.9.0), I started gathering a few mods and attempted to install the Baldur's Gate of my dreams. It involved a lot of cursing and despair.
Somehow installing the Windows version of the games, with mods, on Linux, with this open source engine, was an incredibly dumb idea. I had to reinstall like 6 or 7 times and start over from scratch. What I learned in the process: 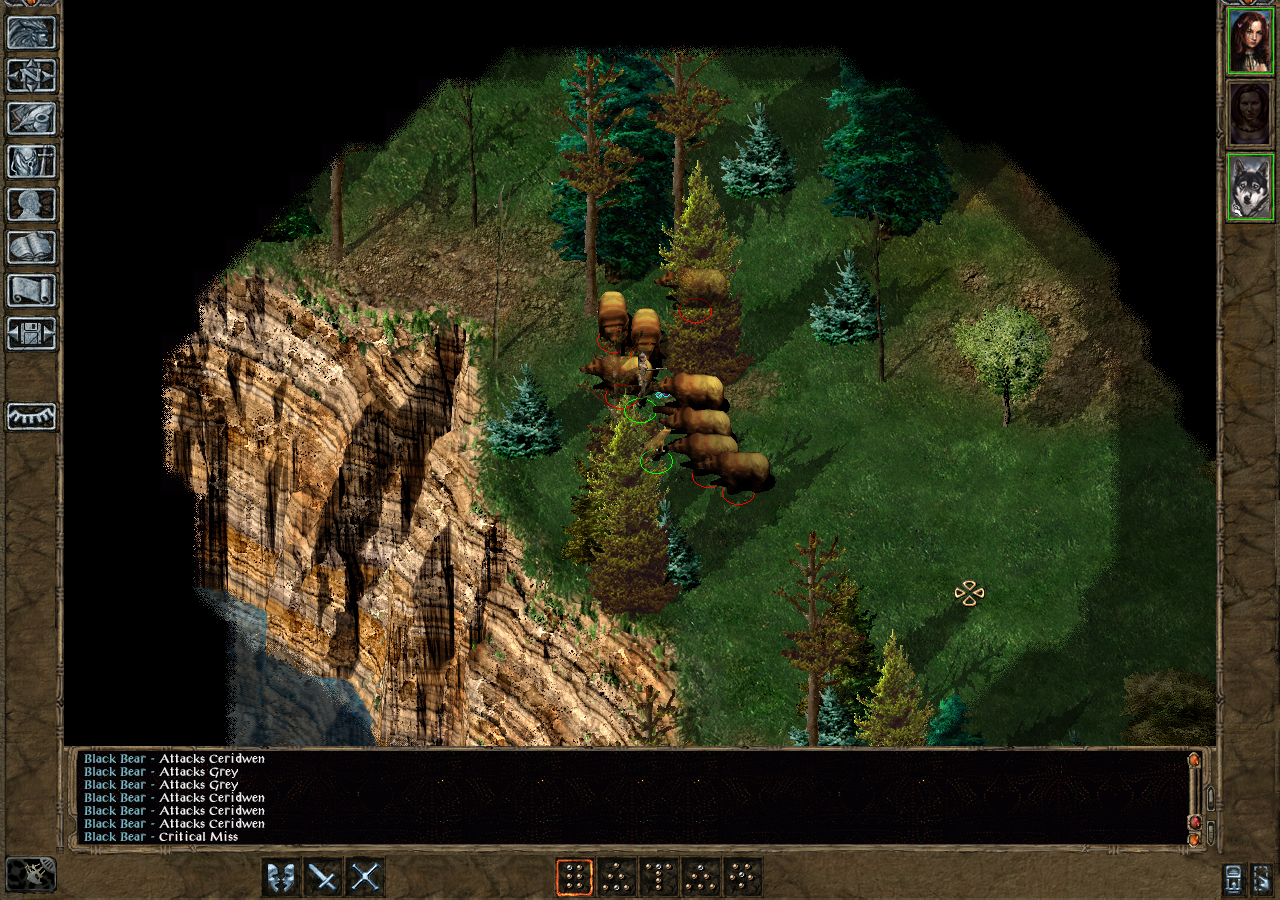 I heard you like bears, so I added bears to your bears (with widescreen mod)

So I took the 64bit tools WeiDU needed to install BGT from 1.21 and copied them into the directory of 1.20 and it seems to have worked. Well, at least I'm not getting mauled by 8 bears anymore.
The files in question were the contents of the bgt/install/unix/amd64/ folder, just in case anyone else wonders (probably not tbh).

All in all, it was a fun journey of trial and error, and in hindsight, it looks so easy. I messed up a lot in the beginning, mostly stuck on one or two issues. 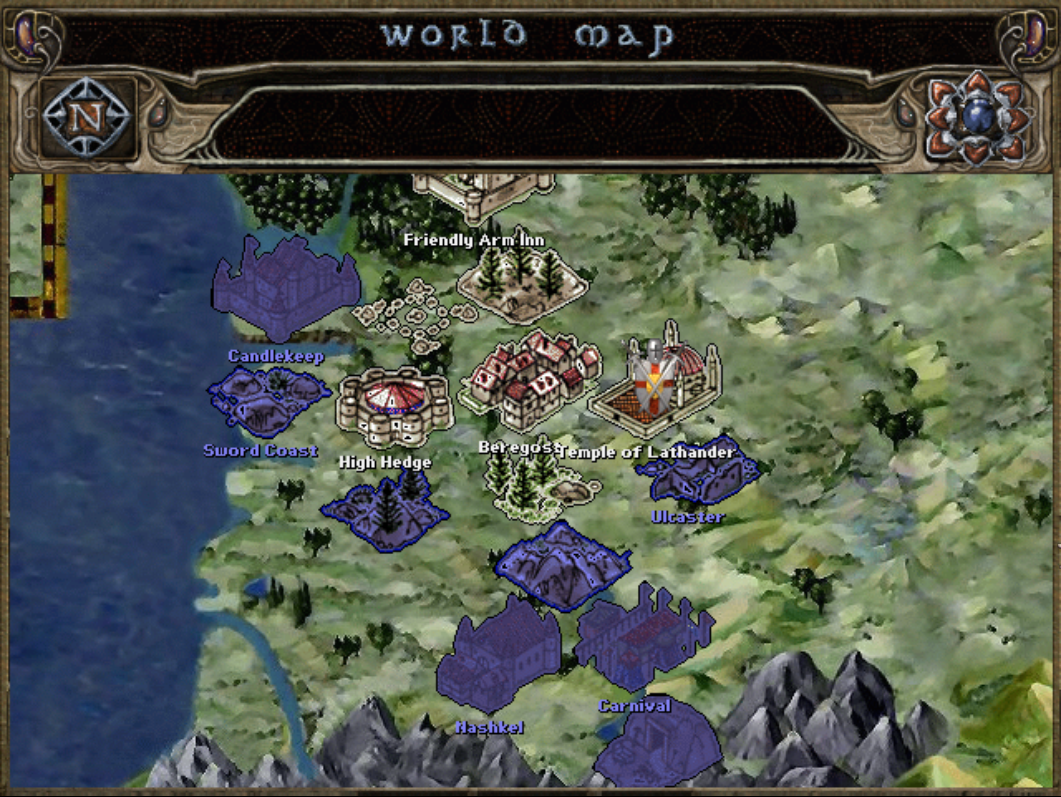 But now it works, and it works beautifully. Well, mostly. The engine just had a huge change and some bugs are to be expected. Just building any tool nightly from source is generally not the best idea for a stable experience :p
With 0.9.0, any resolution is possible even without the widescreen mod - alternatively, the window can just be maximized for pixel scaling. The mouse wheel is usable in lots of places, both as mouse button and by scrolling, making panning around the map and using some menus easier. Intro videos can be disabled (my sanity approves) and there is mention of touchscreen support.

Last year, GemRB had its 20th anniversary. I am amazed at how far this has come, at all the effort and time those people put into it. Baldur's Gate, Baldur's Gate 2, Icewind Dale and Planescape: Torment are fully playable, with PS:T being the least polished one - according to their website, as I'm only playing Baldur's Gate 2 modded so far.

And I am almost a bit surprised I never heard of it - but not that much, because I am mostly crawling around Elder Scrolls spaces, so it's no wonder I rather heard of OpenMW. Probably also doesn't help that with the enhanced editions, those games got official Linux and Mac ports, so less people will have a need for this. 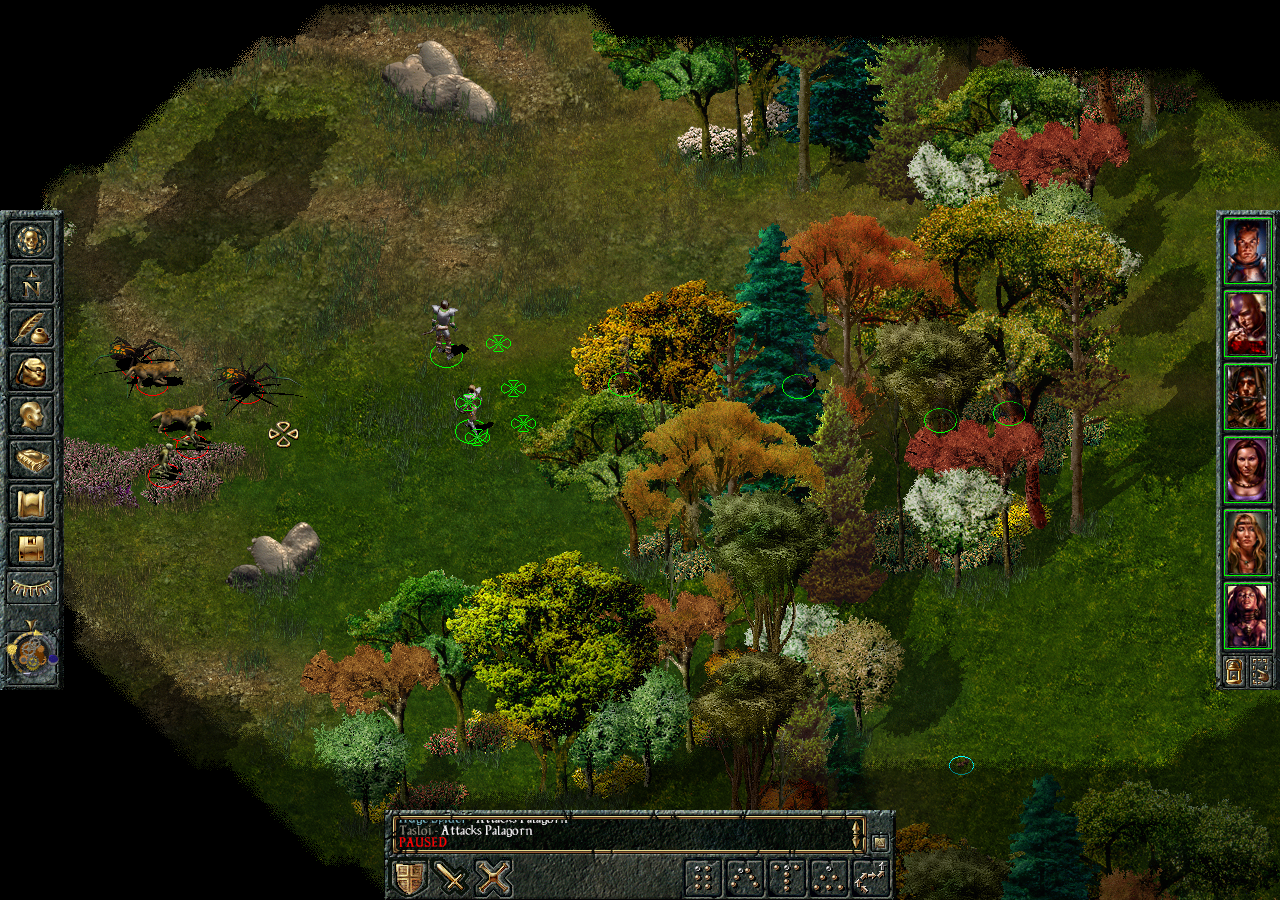 I've only tried it for Baldur's Gate and Baldur's Gate 2 so far (well, mostly actually on Baldur's Gate Trilogy modded BG2) and it feels incredibly nice. A few small details here and there are missing: It's not possible to write own journal entries in BG2, the circles around the characters/creatures feet don't behave exactly like in the originals, things like that. Game breaking bugs (mostly crash causing ones) have been fixed very quickly. Some almost instantly and I have learned to keep a backup save at all times which I appreciate so much. The devs are awesome <3

Perhaps this time I'll manage to stick around, instead of getting distracted after running around in a circle for 30 days. I am horrible about finishing games.

"Investigate the Nashkel mines."
Nah, I don't think I will anytime soon, there are maps to explore.