Elvira Fairfax - Uncovering the Secrets of the Ayleids 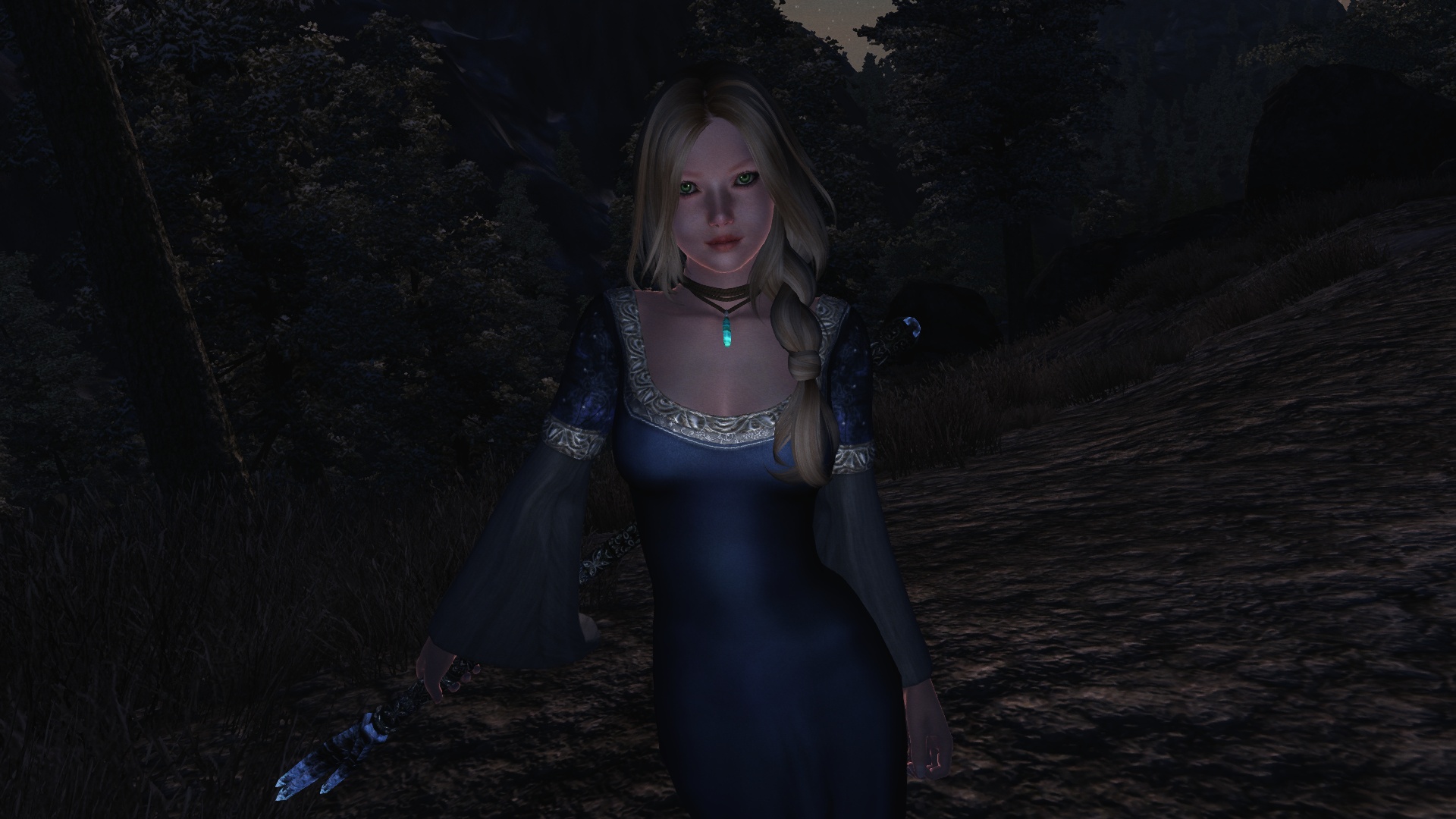 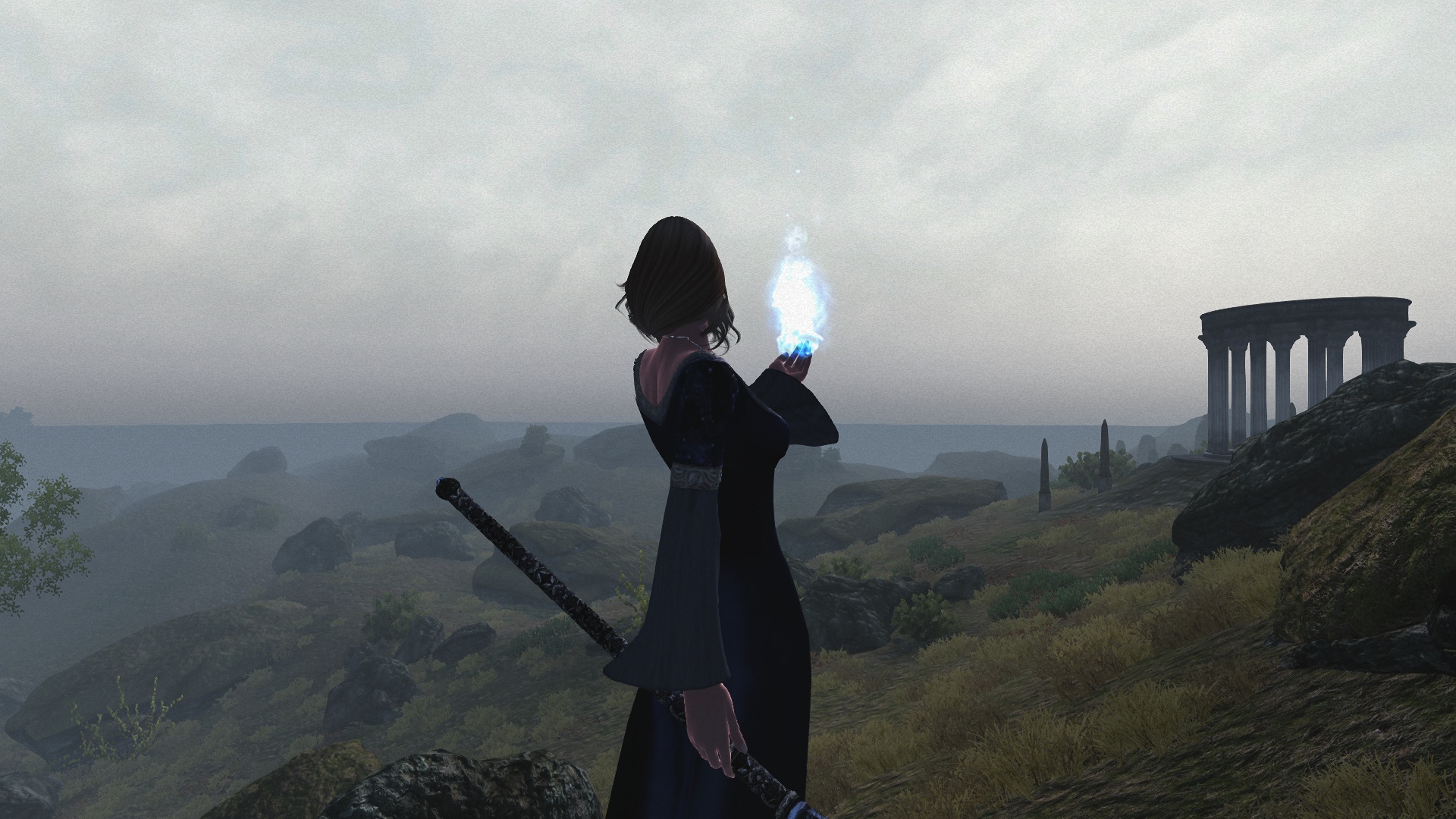 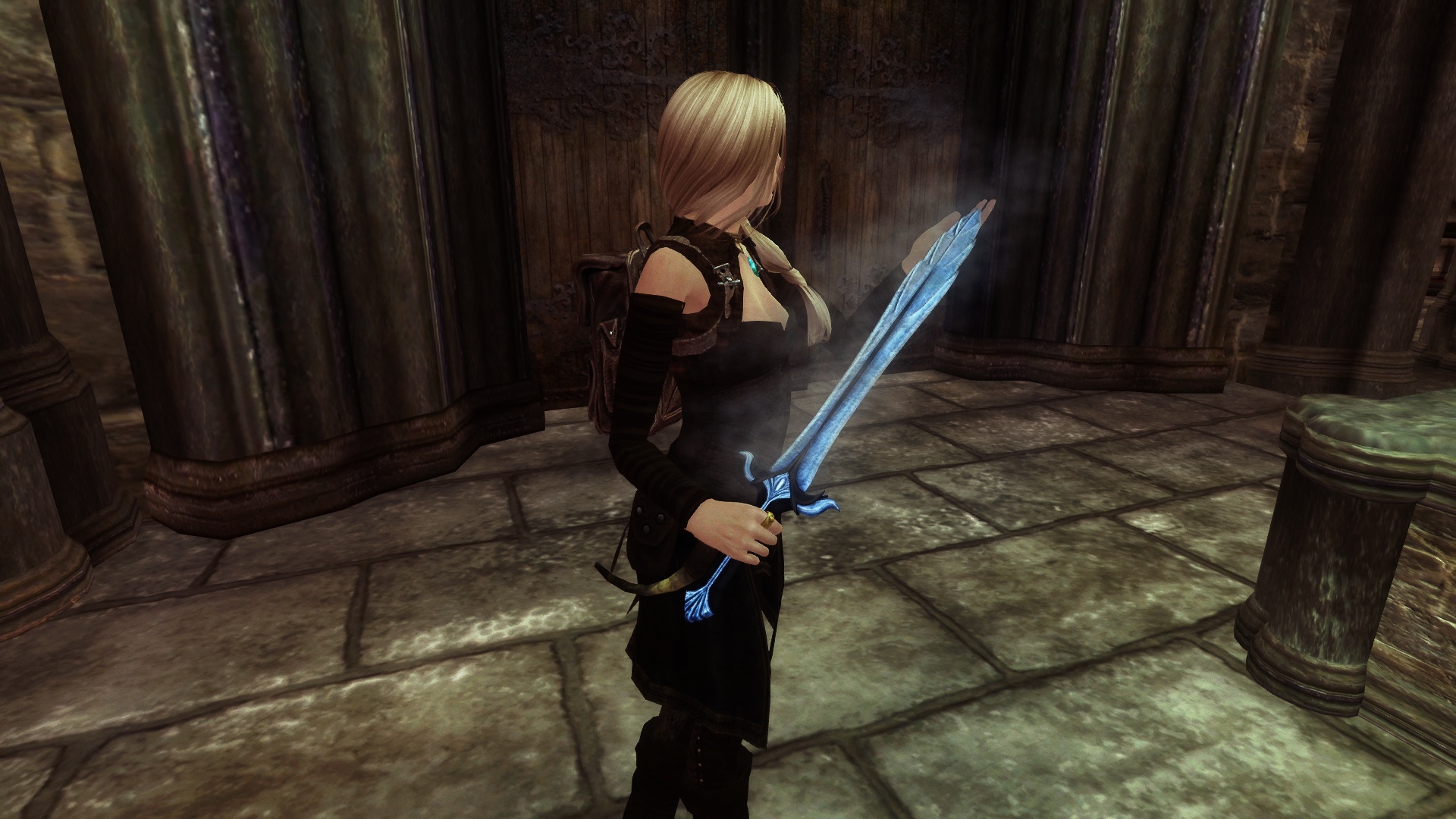 3 Facts:
Sometimes forgets to eat or sleep because she's lost in a book
Always wears a Welkynd fragment on a necklace
Likes pretty dresses

Elvira was born into a family of mages - her father a warlock, her mother an enchantress, her younger brother studying the arcane arts as well as Elvira herself. While she wasn't the best of her class by any means, she proved to be remarkably versatile, being almost equally skilled in all schools of magic.
Her older brother preferred the more traditional combat arts. Elvira learned a lot from him and isn't the worst when it comes to handling a sword. She is short and petite for her age, her facial features often let people believe her to be much younger. Her brothers used to call her Elli, because such a short person needed a short name.

Her pet is a fox named Rusty. She found him and raised him by hand, after his mother had presumably died and every other pup in the litter had already starved. Wherever she goes, Rusty goes, too.

While she is not particular religious, she does believe the gods exist. She just doesn't think they care much about mortals and certainly not about the fate of common people. Daedra with their occasional interest in the affairs of their followers might be a not to be underestimated threat for her curious mind.

Ever since an encounter when she was little she wanted to be an archeologist. A traveling scholar had visited High Rock to teach about the history of the Ayleids and for a few weeks he stayed at her parents' house. Even though she was so small she could barely see over the desk, she attended every one of his lectures and when he departed, he gave her the fragment of a Welkynd stone as talisman. For the next decade and a half, she never once lost sight of her goal of visiting Cyrodiil one day to study the ancient ruins.
It took her almost ten years to convince her parents to let her go - and another few to plan it. She contacted the Mages Guild in Cyrodiil, to arrange membership on arrival and found a merchant vessel that would take her from the Iliac Bay to Cyrodiil.

After a few weeks on sea, her ship harbored in Anvil and she stepped on land, full of excitement. Her first way was into the local Mages Guild, where she signed up as a member and learned she had to get recommendations from each of the guild halls. She was happy to have an excuse to travel all across the land so soon, but first, she wanted to be prepared for the journey. A horse and some camping equipment should do. 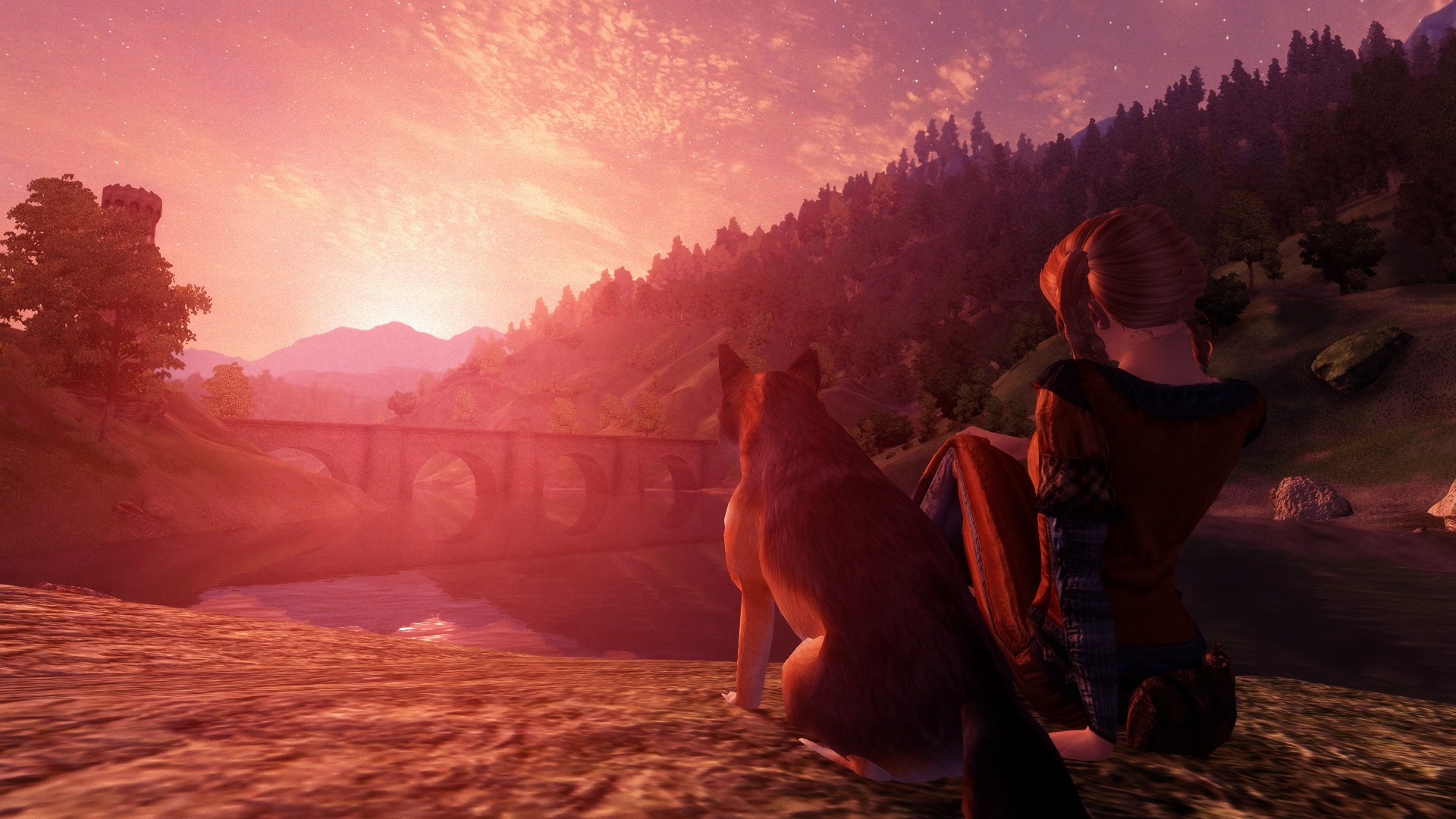