I'm one of those scrubs that still don't have the CSE installed and also sometimes write scripts (or parts thereof) during lunch break or similar. The lack of proper syntax highlighting bothered me, so I added it to Notepad ++.
This was created in Notepad++ v7.8.2.

To install, go to Language > User Defined Language > Define your language. Then click on import and select the downloaded xml file. 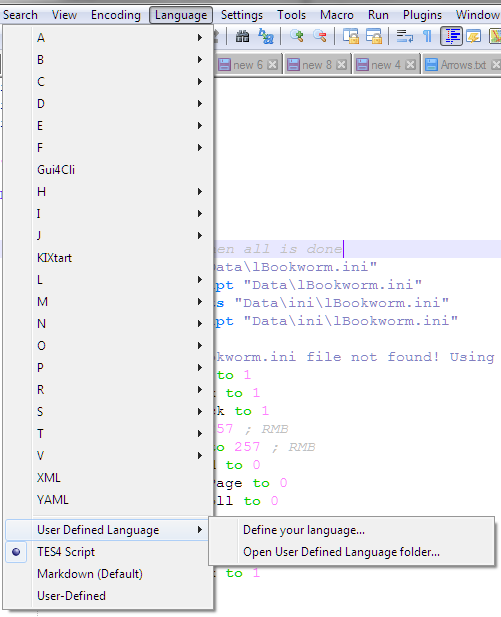 I made two, one for white background, one for black background. You can also easily edit the colors yourself (especially if pink and purple isn't your thing :D). I have no idea about normal highlighting conventions, sorry.

Since Oblivion scripts aren't really saved as a normal file, I made up some file extension. .tes4 will apply the formatting automatically, so you could save the files as .tes4 or .txt.tes4. Otherwise just select the formatting from the Language menu.

I tried to add as many of alternative functions as I knew, like both SCAonActor and StopCombatAlarmOnActor, or PurgeCellBuffers and PCB. Let me know if any are not recognized or wrong.

How to edit to your own taste:

Go again to Language > User Defined Language > Define your language. If it's not selected already, select TES4 Script in the top dropdown menu. There are several fields, all fields have a "Styler" button, clicking on it allows you to select color and font-style. 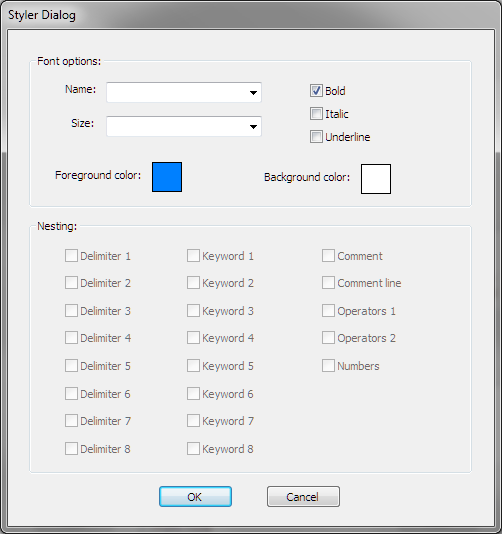 The groups are used as follows:

Update 2020-01-10:
Fixed the OBSE functions being cut off by character limit
Moved "Function" to block section 6