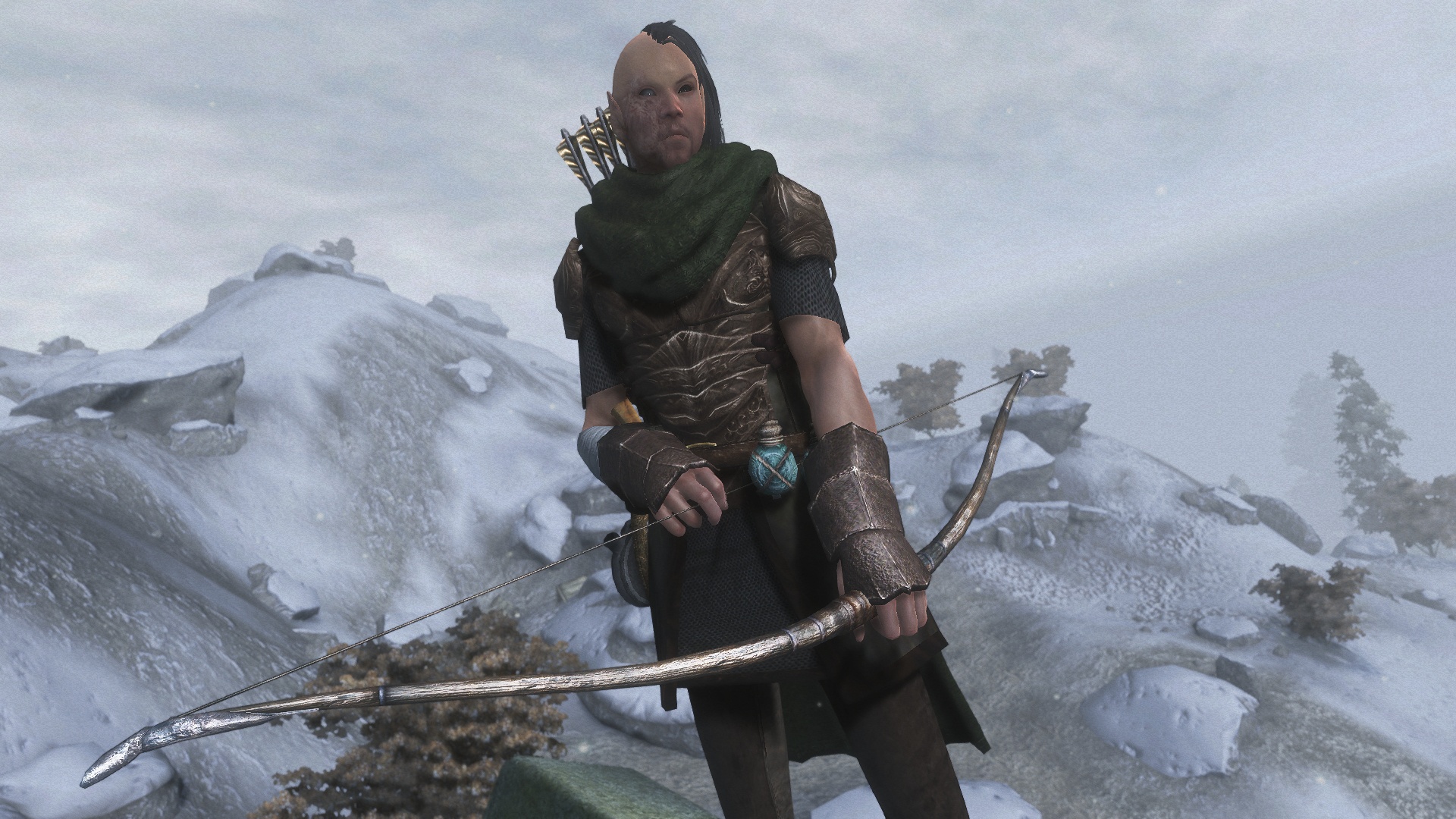 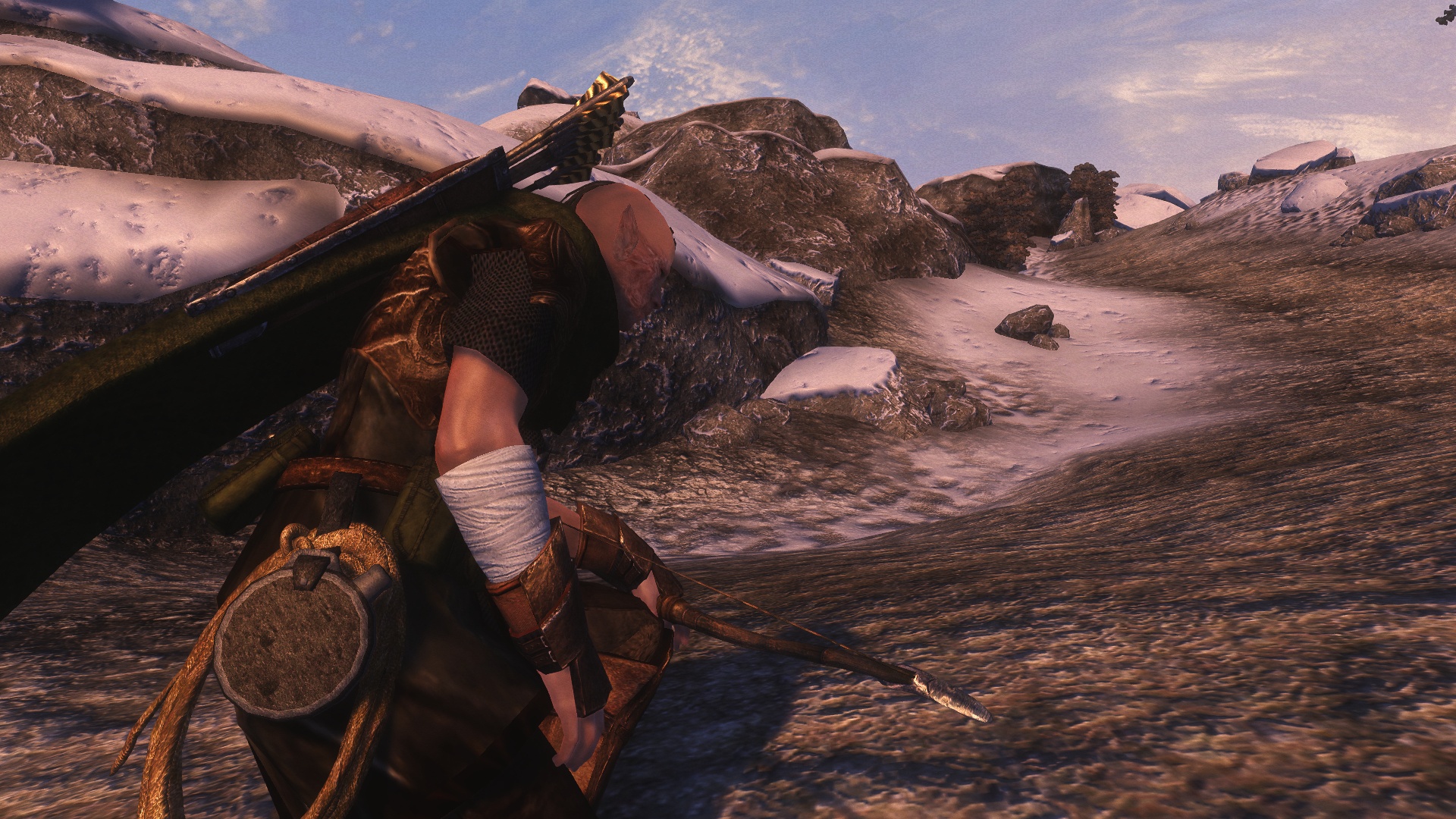 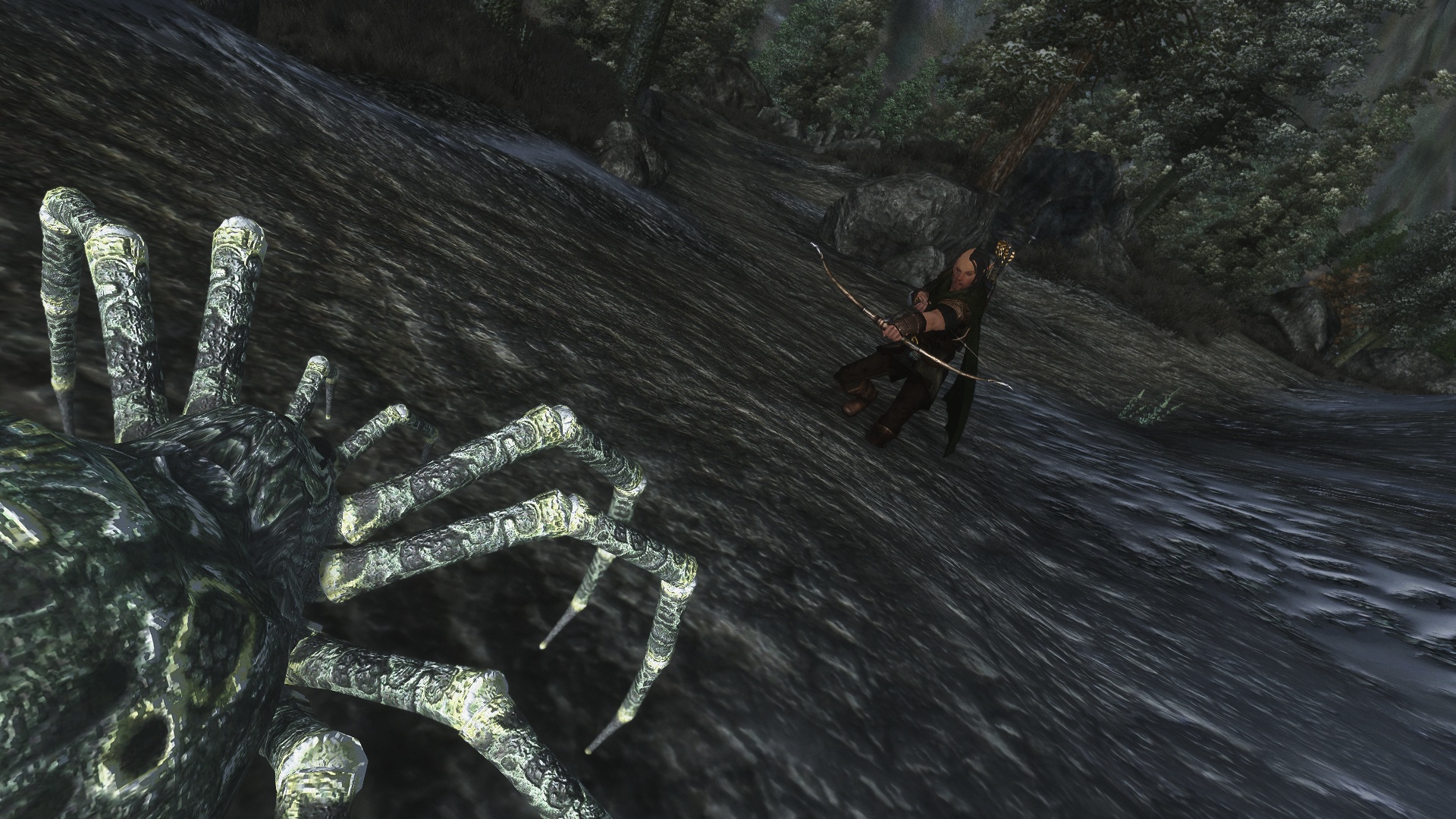 3 Facts:
Might retreat from a conversation by saying "My Lady awaits my return"
Uses an enchanted ring to hide the burn scars on his face
Will greet the rising moons each night

Faldan is a rather young Mer who never cared much about magic. He relies on his speed, his agility and his sturdy bow in combat, only resorting to absorb and summon spells as last means. He knows every plant in Cyrodiil and some beyond, creating potions and tonics for use and sale. Besides hunting and alchemy, he earns some money with running errands for the Legion and the Fighters Guild. His companion is Lady, a Hawk. 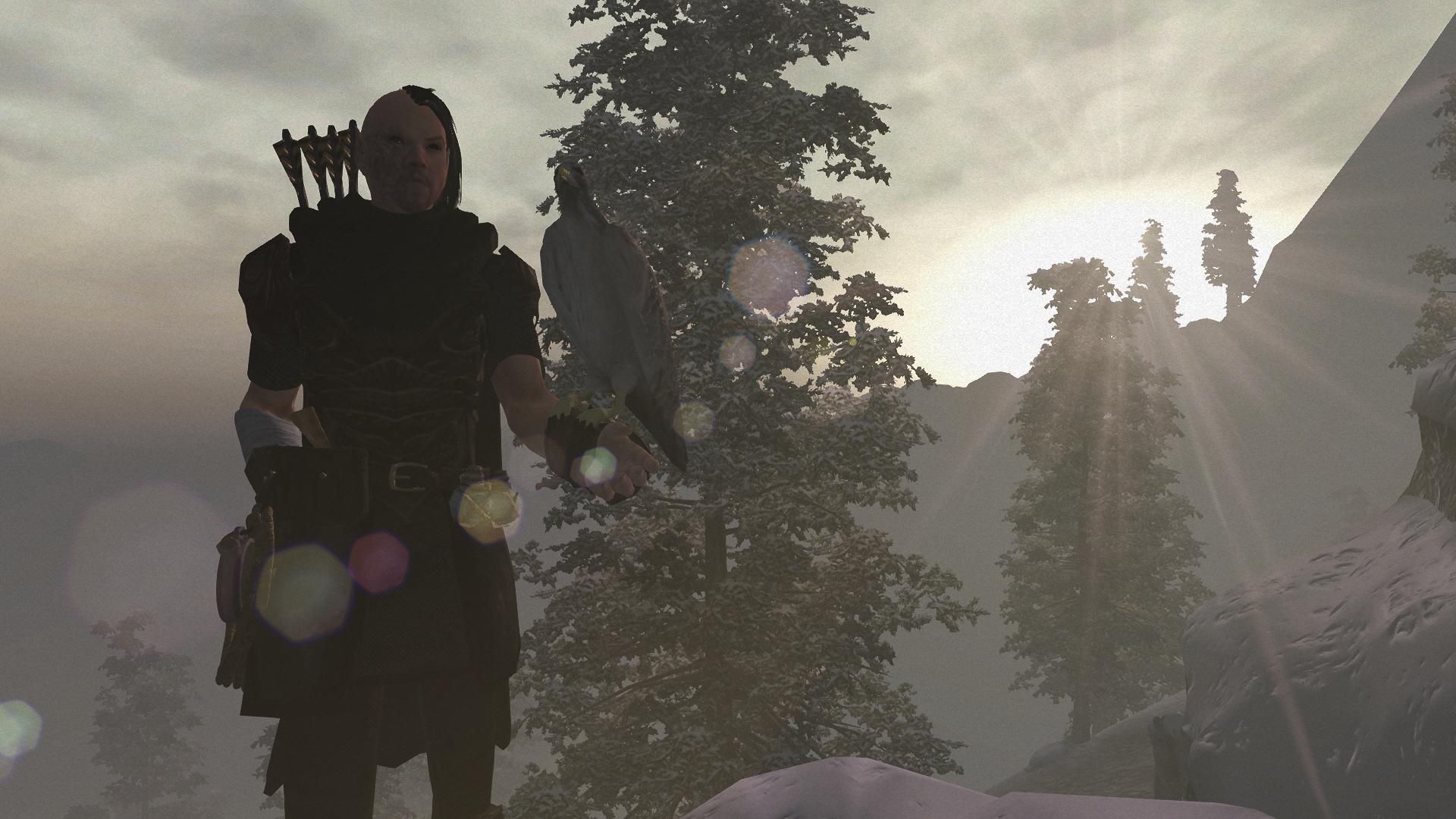 He doesn't have a real home, using several hideouts spread all across Cyrodiil. Usually he just sets up some camp for the night, a canvas tent and a campfire being all he needs. All his belongings are kept in the saddle bags of his horse Lord, an old gelding he saved from the butcher after his former owners had ruined his back so much he couldn't be ridden anymore.

Faldan is torn between the traditional Bosmer lifestyle and the many amenities of civilization. After he arrived in Cyrodiil many years ago, he became a Forester for the Imperial Legion. Though he didn't have one before, he took on a surname shortly after to fit in better. Most days, he is happy roaming the wilds, but from time to time it draws him into the cities, where he indulges in wine, sweets and company.
Even though he likes to flirt with everyone, gal and guy alike, he backs off as soon as soon as he senses that someone might be interested in getting to know him better. He really doesn't want to fill already awkward social interaction with weird expectations. Now he doesn't mind to share a bed for one night - as long as everyone involved knows it ends the next morning. If he has to pay for that, so be it.

He stumbled upon the dead body of an escaped prisoner and got involuntarily drawn into the whole Oblivion crisis thing. While trying to save Kvatch, the right side of his face got burned, rendering his ear and eye almost useless. He also cuts the hair on this side of the head, because he can't stand the feeling of anything touching his scars.
A friend gave him a ring that creates the illusion of him looking unharmed, making it easier for him to be among people without drawing stares to himself.

If asked, he'd say he considers himself not very religious, but he usually stops at a shrine for a quick prayer, especially those of Akatosh (Auri-El) and Mara - after all, what harm can it do? He also greets the moons, Jone and Jode, each night when they rise. 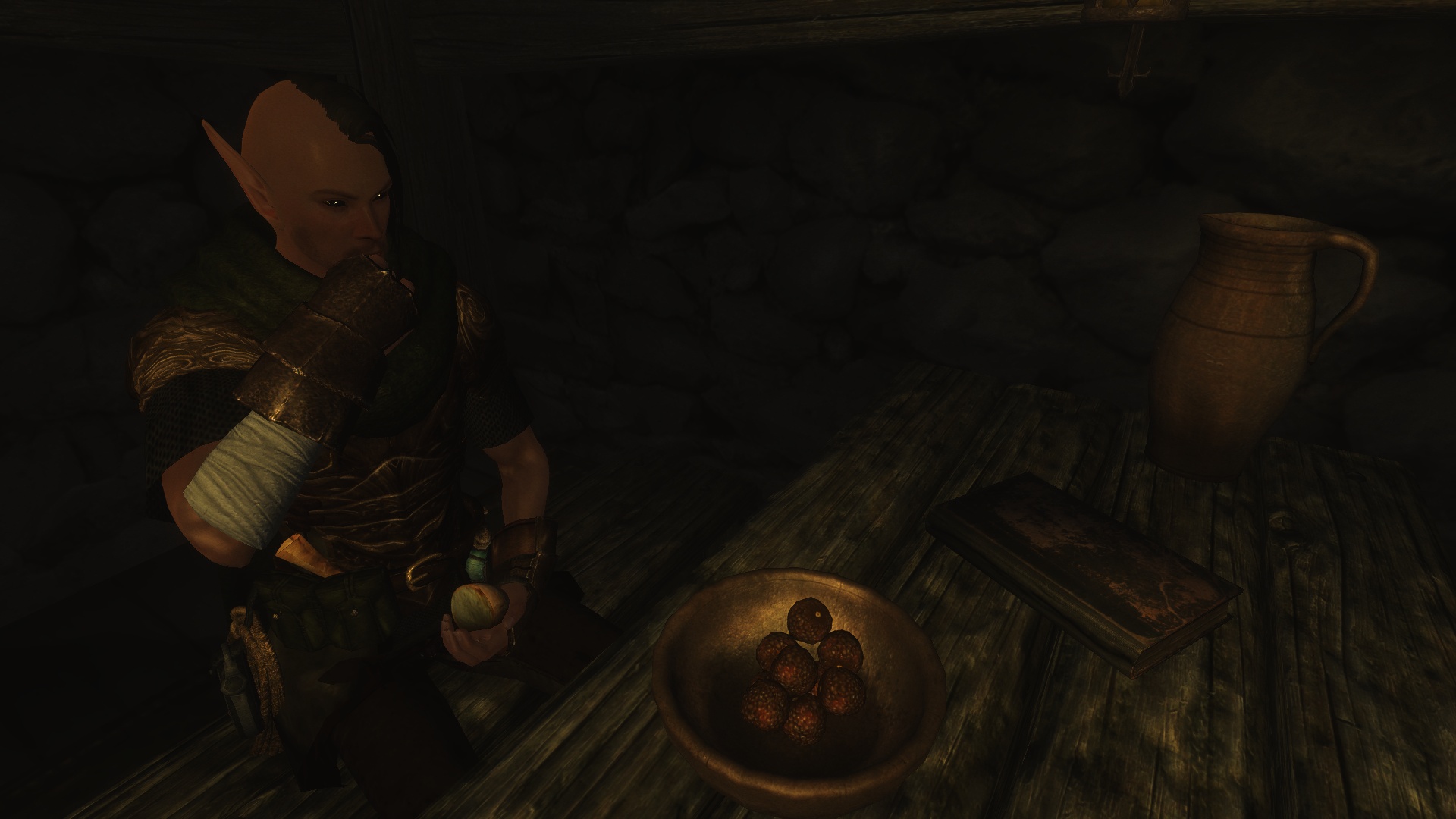